The state Department of Health and Maui’s Department of Environmental Management have reached a settlement on two enforcement cases concerning solid waste violations.

The combined settlement involves a cash penalty payment of $70,000 and a “supplemental environmental project” that is valued at not less than $70,000, according to the health department.

The director of the county Department of Environmental Management, Kyle Ginoza, and his deputy, Michael Miyamoto, were both unavailable for comment.

The proposed “supplemental project” is a “household hazardous waste collection program” for the islands of Maui, Molokai and Lanai to be conducted during fiscal year 2015. Maui, the remaining county that currently lacks such a program, the state says, plans to continue the project beyond the inaugural year.

The health department cited the Central Maui Municipal Solid Waste Landfill with three counts of permit violations from January to April 2011 for “failure to maintain leachate compliance levels in the leachate wet well and sump, and failure to monitor and record leachate levels after a storm event.” The facility is located off Pulehu Road in Puunene.

The health department says it initially imposed an administrative penalty of $121,900 prior to the settlement.

The health department then cited the Molokai Integrated Solid Waste Management Facility with a two-count violation in April 2011 for “failing to minimize liter generation and failure to place daily cover at the facility.” An administrative penalty of $20,955 was initially imposed prior to the settlement. The facility is located off Maunaloa Highway in Naiwa.

The health department says Maui County has completed all corrective actions stemming from the alleged violations. 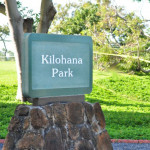 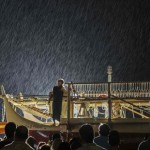