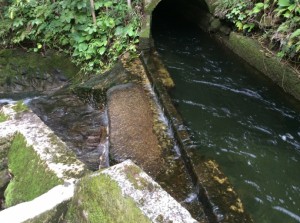 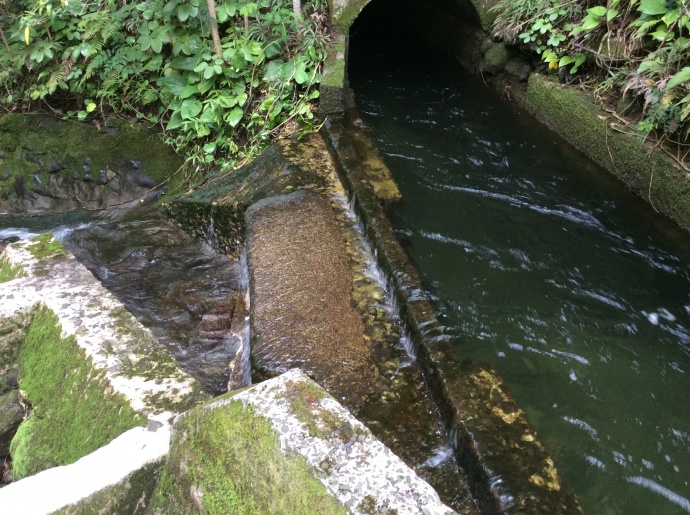 The Hawaiʻi Commission on Water Resource Management continues to monitor the condition of streams in Central Maui to ensure that the terms of an agreement on instream flow standards are met.

According to new information released today, the commission will install data loggers to provide continuous monitoring of stream levels at two locations along the ʻĪao waterway — one at Kepaniwai Park and another at the mouth of the stream; and one location along Waikapū Stream near the 600 foot elevation level.

The action comes as the commission continues oversight for implementation of the Nā Wai ʻEhā Interim Instream Flow Standards [2] established by an Order and Agreement issued on April 17, 2014.

The order was aimed at restoring mauka to makai water flow at the four waterways known collectively as Na Wai ‘Eha:  Waihe‘e River and Waiehu, Wailuku (ʻĪao), and Waikapū Streams.  The agreement came after a decade-long battle over water rights that sought to find a balance between offstream water uses, the health of the streams, traditional and customary rights, and water for the public trust.

According to the agency, commission staff measured stream flows at both locations in September and October.

Community members, concerned citizens, and kuleana loʻi kalo farmers joined together in a rally on Friday that sought to bring attention to the ongoing issue, calling for accountability and connectivity [3] at the central Maui waterways.

“After a number of adjustments [4], the Instream Flows for both ʻĪao (Wailuku) and Waikapū Streams are now being met,” according to a press release issued today by the state Department of Land and Natural Resources.

The announcement states that the new data loggers will be installed within two months at Kepaniwai and Waikapū.  The equipment is intended to supplement staff plates already in place at the sites, that currently enable visual monitoring of stream levels.

The monitoring site near the mouth of the Wailuku (ʻĪao) Stream will be installed “once an appropriate staging site is identified,” and will include a “staff plate, data logger, and the development of a calibrated rating curve,” the announcement said.

In a press release statement, the state Department of Land and Natural Resources said the commission, “continues to work with Wailuku Water Company, Hawaiian Commercial & Sugar Company, and the Parties to establish stream flow monitoring gauges.”

Under the agreement, interim instream flow standards are set at 10 million gallons per day for ʻĪao near Kepaniwai Park, 5.0 mgd for ʻĪao at or near the stream mouth, and 2.9 mgd for Waikapū Stream (below the South Waikapū Ditch diversion).

The agreement also maintains the previous restorations of 10 mgd for Waiheʻe River, 1.6 mgd for North Waiehu Stream, and 0.9 mgd for the South Waiehu Streams.

The Hawaiʻi Commission on Water Resource Management compiled the following data on interim instream flow at ʻĪao and Waikapū during various dates in September and October: