“Hawaii is in the middle of the pack, a little bit toward the bottom,” said Scott Drenkard an economist and Manager of State Projects for the Tax Foundation who along with Joseph Henchman, Vice President for State Projects, co-wrote the report.

By studying over 100 tax variables per category, the Index measures how well-structured each state’s code is and then rewards states for transparent and neutral tax codes or penalizes them for tax codes that negatively affect business by being too complex and/or burdensome. A state’s ranking can go up or down not only because of its own actions but also because of changes or reforms made in other states.

“All the elements of each state’s tax code are analyzed and we then try to blend those elements together into one understandable report,” Drenkard said.

Taxes matter to businesses, and states with the most competitive tax systems reap the benefits of business-friendly tax climates, according to the report.

The breakdown of Hawaiʻi’s ranking this year is as follows (1st is best, 50th is worst):

“In terms of the report ranking, the individual tax ranking is what matters most,” Drenkard said. And referring to Hawaiʻi having among the highest individual income taxes, he added, “I will say Hawaiʻi’s is pretty significant.”

“Individual income tax in Hawaiʻi is 11%, second only to California which is 13.3 % for every dollar, top bracket, over $200K/yr.,” Drenkard said. “It’s important to remember that because a lot of businesses file through the individual rather than corporate tax code.”

The corporate tax code only applies to publicly traded corporations with shareholders, according to Drenkard.

He went on to say, “One of the more notorious elements of the code is the general excise rate in Hawaiʻi, a relatively low rate so it scores kind of well on our Index but other states’ sales taxes only apply once, in Hawaiʻi the general excise tax is leveled many times along the production line.”

“We look at things that are business inputs that shouldn’t be taxed under a sales tax. Hawaiʻi taxes all of them. A sales tax is meant to be levied once and only once at the point of final sale,” he said. “That’s what a good sales tax would look like. Hawaiʻi has one of the widest sales taxes in the country, every step to final sale is taxed, it’s more like a transaction tax.”

“While the general excise tax has been an easy way for the state to raise revenues, it is a regressive tax that is multiplied many times over and hits all,” Tumpap said. “It costs both businesses and the public more, significantly increases the cost of doing business in Hawaiʻi, and continually brings Hawaiʻi down in national rankings in terms of how ‘business friendly’ our state is.”

“We continue to encourage state law makers to review this tax and reduce the cost of doing business to improve Hawaiʻi’s business climate,” Tumpap added.

Despite repeated attempts to contact both Frederick Pablo, Director of Taxation for the State of Hawaiʻi Department of Taxation, and a spokesperson for his office, no comments are presently available from the department regarding the report.

The State Business Tax Climate Index’s goal is to urge dialogue between taxpayers and policymakers. How well structured is their state’s tax code; how competitive is their state compared to the rest of the country; is their state bogged down by burdensome tax provisions; is their state double-taxing things it shouldn’t?

Drenkard said the federal government is gridlocked but in some states policymakers on both side of the aisle are enacting reforms.

According to the report: 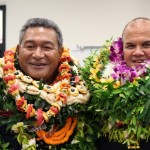 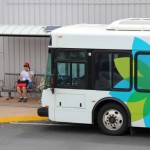 3 Arrested After Investigation into Sale of Stolen Maui Bus Passes