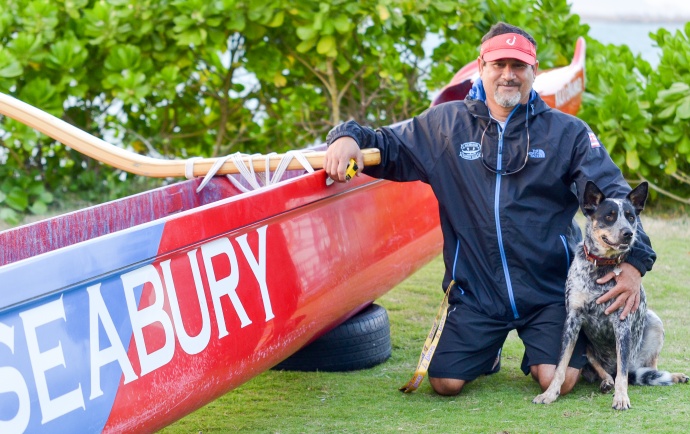 Kahului Harbor has staged many regattas over the years. Saturday, however, will be the first time hosting the best prep outrigger canoe paddlers in the 50th state and the 48 high school teams they represent.

The Central Maui waters fronting Ho’aloha Park will be buzzing up and down the beach with spectators and participants for the state’s biggest and best regatta of the 2015 season. The first race begins at 10 a.m., following opening ceremonies at 9:30 a.m.

Depending on the weather conditions, the meet is expected to end around 3 p.m. A high-surf advisory remains in effect for north facing shores on the Valley Isle through 6 a.m. Sunday, according to the National Weather Service update at 3:42 p.m. Friday.

“We are really excited for Saturday,” said head coach Paul Kauhane Lu’uwai of Seabury Hall, the Maui Interscholastic League’s host school. “We are going to get to race in front of our families and the kids will be able to sleep in their own beds.”

In the 13-year history of the HHSAA championships, sponsored by First Hawaiian Bank, Maui has hosted only one state regatta — in 2009 at Canoe Beach in Kaanapali.

“There could be waves on Saturday .  . . we’re hoping any foul weather is going to miss us,” Lu’uwai said.

Saturday’s forecast calls for sunny skies and highs near 80 degrees. Breezy, with a light and variable winds blowing north at 13 to 18 mph in the morning. Wind gusts could go as high as 25 mph in the afternoon.

Regardless of the conditions, the MIL’s six participating schools figure to have a distinct advantage over their visiting counterparts.

“It’s a huge advantage for us if there’s trade winds,” noted Lu’uwai.

MIL champion Seabury Hall comes into Saturday’s regatta undefeated in the boys, girls and mixed crews. As league champions, the Spartans drew inside lane assignments in the preliminary heats.

“Our goal is to finish in the top two, but the immediate goal is to take first or second in your heat of the prelims, because that guarantees you a spot in the finals,” said Lu’uwai, who turned 52 on Thursday and has an unprecedented 25 MIL championships in 13 years of coaching — 12 titles in seven years at King Kekaulike (2002-2008) and 13 titles in six years at Seabury Hall.

The Spartans have dominated the MIL mixed division with six straight league titles since Lu’uwai’s arrival in 2009.

“Our league is really tough and it’s hard to stay undefeated. We had a lot of close races this year. You want to peak now because it’s now or never.”

The truth of the matter is the Interscholastic League of Honolulu rules the state competition in all three divisions from Hilo Bay to Ke’ehi Lagoon.

Kamehameha Schools Kapalama is the defending state champions in the girls and boys divisions. The Warriors from Oahu boast a state best 16 state titles, including seven in the girls division — six of which came during a seven-year stretch between 2002-2008. Meanwhile, the Warrior boys earned the last two state titles (2013-2014) and the school’s mixed division won three consecutive state races (2011-2013) before losing to Punahou last year.

“The boys race looks the most favorable for us,” said Lu’uwai, who has been coaching paddling for 35 years at Hawaiian Canoe Club, mostly as head coach of the Keiki Division, the club’s driving force behind its 30 consecutive Maui County Hawaiian Canoe Association titles and 12 state crowns in the last 16 years. “In the girls race we have a pretty tough heat. We have Kamehameha the defending champions and Castle the OIA champion and Pac-5, another ILH team.”

Two years ago, Seabury Hall stole the spotlight by preventing a Kamehameha-Kapalama sweep, becoming the first non-ILH school to win the girls race since paddling became an interscholastic sport in 2002.

Lu’uwai said the mixed division is “always tough because Punahou and Kamehameha take first or second almost every year.”

*  Lu’uwai’s influence: All but one varsity paddler on the boys team paddles for both Seabury Hall and Hawaiian Canoe Club. On the girls side, every single paddler does both Seabury and HCC.

*  Lu’uwai’s sophomore daughter, Hi’ilei, will be steering the mixed crew and sitting in seat three with the girls. Lu’uwai’s nephew, Kawai, is a junior and paddle on the boys and the mixed crews.

*  Lexi Smith, who sits in seat four of the mixed boat, sat in seat five of the state championship crew two years ago as a sophomore.

*  Girls teams from the MIL have placed in the top three in six of the last seven years.

*  The ILH has dominated both the girls and boys divisions, claiming 23 of 26 state titles. The MIL is next with two and Kalaheo boys in 2008 is the only OIA title. 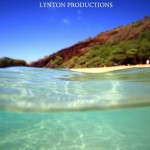 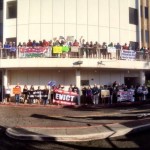