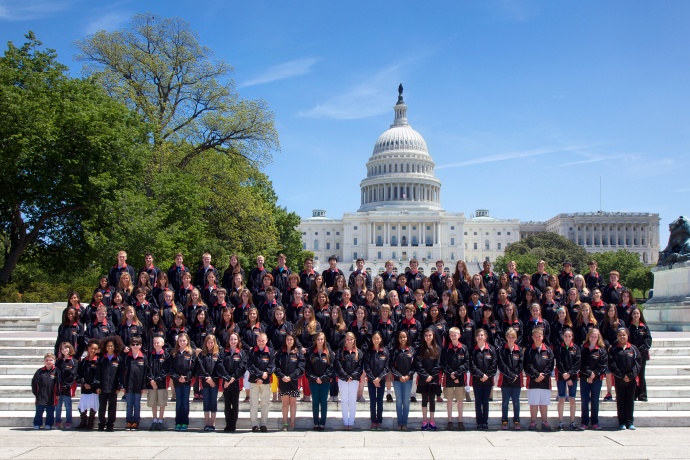 Photo of nominees at the US Capitol, courtesy Prudential Spirit of Community Awards program.

A Kahului teen was among a list of distinguished finalists recognized by a national youth volunteer awards program.

Jasmine Doan, 18, a senior at Seabury Hall School was identified as a distinguished finalist in 2015 by the Prudential Spirit of Community Awards program, the nation’s largest youth recognition program based solely on volunteer service.

There are an estimated 200 students who benefit from the lessons offered through the program’s 30 trained teen volunteers.

According to information released by the Prudential Spirit of Community Awards program, Jasmine created the program to share her passion for math and to increase opportunities to be exposed to strong STEM education skill sets.

In an effort to establish the program, Jasmine reportedly developed the curriculum, trained volunteers, and wrote and received a $2,500 grant.

Doan was joined by Jillian Madanay, 17, of Honolulu as a distinguished finalist from Hawaiʻi.  Madanay, a junior at Lutheran High School of Hawaiʻi, was credited with volunteering weekly at the Children’s Justice Center of Oʻahu.

Other Hawaiʻi youth recognized by the national awards program include: Alexandra Skrocki, 17, of Honolulu and Kaytlen Akau, 13, of Līhue.  The two were identified as Hawaiʻi’s top youth volunteers of 2015 and each will receive $1,000, an engraved silver medallion and an all-expense-paid trip in early May to Washington, DC, where they will join the top two honorees from each state for four days of national recognition events.

Skrocki was nominated by Radford High School on Oʻahu for her work in hosting an annual Back to School Teen Party that welcomes new students from military families to the community.

Akau was nominated by Chiefess Kamakahelei Middle School after logging more than 300 volunteer hours working with children as a dance studio assistant and a leader at a county enrichment program.

The Prudential Spirit of Community Awards is conducted by Prudential Financial in partnership with the National Association of Secondary School Principals. 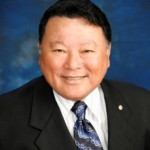 MEO to Hold 'Dancing with Our Stars' Competition and Fundraiser