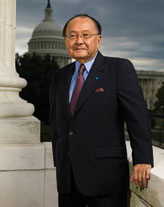 The re-designation was included in the Fiscal Year 2015 National Defense Authorization Act, which was signed into law by the President in December 2014.

The center is a US Department of Defense academic institute in Honolulu that analyzes regional and global security issues.

“I was honored to serve in Congress with Senator Inouye, and was proud to call him a friend,” said US Senator Mazie Hirono in a statement.

“His deep understanding of the strategic importance of Hawaiʻi and the Pacific region will live on through this important part of his legacy. Additionally, Senator Inouye’s record of bettering Hawaiʻi and our nation and the importance he placed on forging and strengthening relationships over a lifetime in public service is something we work to continue. Naming the Asia-Pacific Center for Security Studies after Senator Inouye is appropriate and honors him for exceptional service to our country,” said Hirono.

Fellow Senator Brian Schatz also commented in the joint announcement saying, “No one understood the strategic importance of Hawaiʻi to our national security better than Senator Daniel K. Inouye.  As an early and strong supporter of the Center, he knew that Hawaiʻi was key to our nation’s engagement in the Asia-Pacific region. This is a fitting tribute to Senator Inouye’s legacy of service to Hawaiʻi and our country.”

Fellow congressional delegate Mark Takai also commented, calling Inouye a “driving factor” behind the creation of the center. “He recognized the pivotal role Asia would play moving forward and worked hard to establish this crucial center to forge trusting relationships within the Asia-Pacific region.” 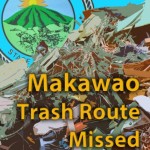