Molokaʻi Ferry: “A Lifeline in Need of Help”

A resolution urging the mayor to seek a half-million-dollar appropriation for the Molokaʻi Ferry is scheduled to surface on the council agenda next Tuesday, April 7, 2015.

Molokaʻi Council Member Stacy Crivello said the transportation link between Molokaʻi and Maui faces possible shut down or cuts in service because of difficult economic conditions.

According to Crivello, ferry owner David Jung reported a dramatic drop in ridership last year and a resulting loss of more than $280,000.

Crivello described the ferry as a “lifeline in need of help,” saying she hopes the proposed amendment would enable the council to consider interim funding for the ferry, as the administration explores a more favorable cost-sharing arrangement with the state or other long-term solution.

The Lahaina Cruise Company, which runs the ferry, currently operates twice-daily round trips between Maui and Molokaʻi using a vessel certified to carry 149 passengers.

Crivello’s resolution calls for the $500,000 in funding to come from the county’s Economic Development Revolving Fund, which has an estimated available balance of $1 million. The fund was established in 2011 to support economic development in Maui County.

“I urge my counterparts at the state legislature to look at potential long-term funding sources to save the Molokaʻi ferry,” said Crivello in a press release statement.  She noted that the council is not able to formally initiate budget amendments.

“Meanwhile, I hope the mayor will provide the council the vehicle to address this urgent need, by transmitting the requested budget amendment,” she said. 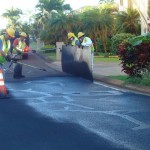 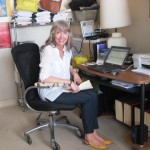 Executive Director of Maui Tomorrow to Step Down