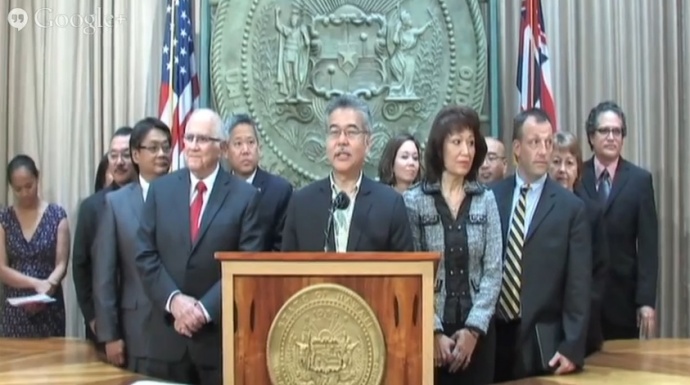 Governor David Ige joined House and Senate leaders in announcing that they have come to an understanding on Maui healthcare reform, and will take House Bill 1075 to conference instead of voting on the measure in its current form today.

The measure addresses healthcare reform and sets the framework for a public-private partnership to be established.

Governor Ige announced the news during a press conference just before noon saying, “I had made a request to the legislature on the Hawaiʻi Health Care System bill that we work together to present a bill that would have the best opportunity for a public-private partnership.  We all agree–the House and Senate leadership and the administration–that we need to move forward with a new opportunity for a public-private partnership in order for us to move our hospitals forward.  I had specifically requested that we work together to come up with the best bill that we can,” he said.

During the announcement questions surfaced relating to protection against layoffs, union opposition and if there were any parts of the bill that could have prompted the intervention.

The Governor responded saying, “We’re just committed to getting the best bill out.  Typically what happens in the craziness of conference is the Senate or the House takes a position and argues about it.  We agree that this issue is too important to leave in normal confrontation.  We want to work together to get a bill that we all can agree on,” said Governor Ige.

When asked how he expects to deal with the funding issue, Governor Ige said, “The bill is really just setting up a framework.  Once we establish the framework, then all of those details will follow about what additional costs, if there are any, (will be).”

House Speaker Joe Souki of Maui also spoke at the press conference saying, “I’m very happy that the governor is involved and he’ll be taking a strong leadership role in pursuing the concession from government to private.   I think it’s very important to work with the administration very closely, and with the House and the Senate and of course with all other major stakeholders.” 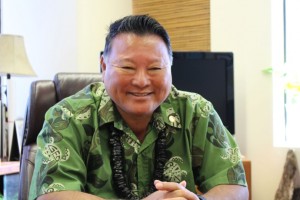 “I don’t know what Governor Ige’s concerns are about the hospital bill. We are trying to find out but I don’t want to speculate because we just don’t know.

What I do know is that HB 1075 is critical for Maui County residents because if it passes it will form a public-private partnership between Maui Memorial Medical Center and Hawaiʻi Pacific Health to help deal with staggering fiscal losses of more than $800 million over the next 10 years.

For several years myself, our Maui legislators and other members of our community have been lobbying the state to do something about this fiscal shortfall. The time has come for the state to either put in the money to keep Maui Memorial running, or to allow another entity to take over operations.

For those of us who live in Maui County, there really isn’t anything more important than making sure we have quality health care for our friends and families. The challenges facing Maui Memorial can affect hospital staff, doctors, medical programs, equipment and procedures if the shortfall is not addressed. Maui Memorial is our only major hospital, and this bill is the best chance we have to keep it up and running.” 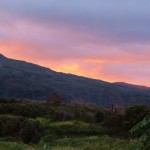 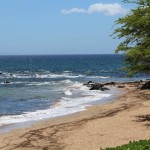