An explosion from the lava lake surface at Kīlauea Volcano’s Halemaʻumaʻu Crater is part of the recent activity being reported this week.

Officials at the Hawaiian Volcano Observatory say a rockfall from the southeast wall of the crater initiated the explosion, sending “large clots of molten splatter up to two meters across” in the vicinity of the closed visitor overlook fence.

The explosion was reported at around 10:20 a.m. on Tuesday, April 28, 2015.  Also on Tuesday, the lava lake overflowed at its rim on several occasions, sending short sheets of lava across the floor of the crater, according to a status report filed by the USGS HVO staff on Wednesday evening. 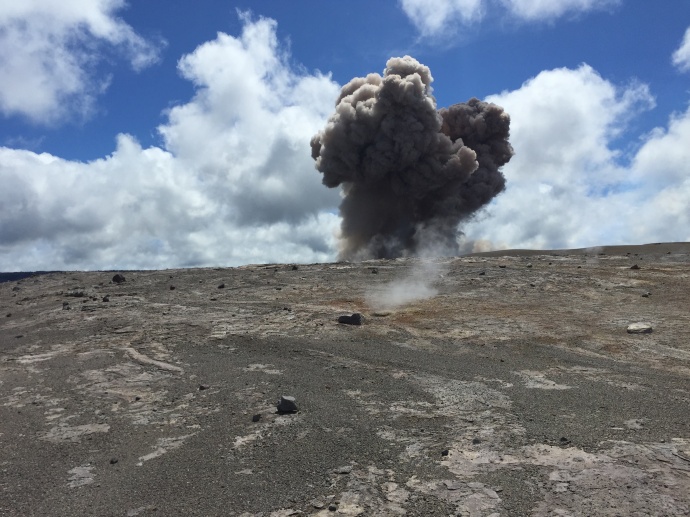 A rockfall from the wall of Halemaʻumaʻu Crater impacted the lava lake around 10:20 am, triggering an explosion of spatter and smaller particles. HVO geologists working on the far side of the crater captured the initial moments of the plume rising. The explosion deposited a large amount of spatter around the closed Halemaʻumaʻu visitor overlook. Photo courtesy USGS/ Hawaiian Volcano Observatory.

Increased earthquake activity has also been reported with two quakes above 3 in magnitude reported yesterday.

HVO officials say, “The current activity is best explained by an increase in magma supply to the Kīlauea Volcano magma reservoir or storage system, something that has occurred many times during the ongoing East Rift Zone eruption.”

The report further states that, “Increased supply and shallow storage can explain the higher magma column in the Overlook crater, as well as the continuing inflation and elevated earthquake activity in the summit region.” 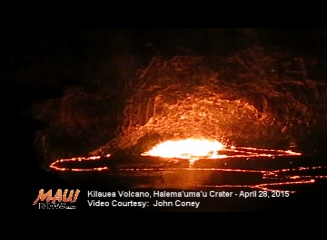 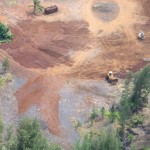 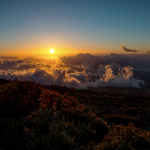