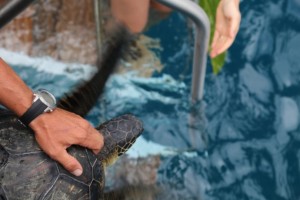 The Maui Ocean Center plans to release six juvenile green sea turtles into the open sea this afternoon to continue their life in the wild.

The turtles currently reside at the Aquarium and are part of the Hawaiian green sea turtle Educational Loan Program, authorized by the US Fish and Wildlife Service.

The turtles were hatched at Sea Life Park Hawaiʻi on Oʻahu and have lived at Maui Ocean Center since August 2013.

Each of the six turtles being released by Maui Ocean Center this month will be outfitted with Passive Integrated Transponder tags implanted in both rear flippers. The tags, small microchips about the size of a grain of rice, contain an electromagnetic code. When the turtles are recovered through research efforts, the PIT tags allow the Department of Land and Natural Resources-Division of Aquatic Resources, the NOAA Pacific Island Fisheries Science Center and other researchers to identify them as the turtles released from Maui Ocean Center.

Shortly after the turtles arrived at the Aquarium and their unique personalities began to stand out, a turtle naming contest was held and each turtle was appropriately named: ‘Eleu (energetic and lively); Wiki (quick and speedy); Maluhia (peaceful); Onipa‘a (determined, fierce, resolute); Kolohe (mischievous); and Imi loa (explorer, distant traveler).

The program is conducted under the scientific advice of the National Oceanic and Atmospheric Administration-Pacific Islands Fisheries Science Center and is specifically designed as an educational outreach program geared towards education, conservation, and the enhancement of the public’s awareness of the oceans and its inhabitants.

Sea Life Park Hawaii is home to a colony of adult Hawaiian green sea turtles that produce approximately 200 to 800 hatchlings each year, all of which are released into the wild.

Some of the turtles, like the ones at Maui Ocean Center, and those kept at Sea Life Park Hawaiʻi or other collaborating institutions as part of the Hawaiian green sea turtle Educational Loan Program and are released at a later age to provide an educational opportunity for those that visit.

Under the program, the hatchlings are released at approved locations when they reach two to three years, under the authority and approval of the US Fish and Wildlife Service. Sea Life Park Hawaiʻi replaces those turtles released with new hatchlings in order to maintain each facility’s educational display program.

“Maui Ocean Center has been a part of Sea Life Park Hawaiʻi’s Hawaiian green sea turtle Educational Loan Program since opening in 1998,” said John Gorman, Head Curator at Maui Ocean Center in a press release announcement. According to Gorman, the turtles will weigh around 30-35 pounds each at release.

The turtles will be marked in white with “MOC” and the numbers 1 through 6 on their shells.

Maui residents and visitors are urged to keep an eye out for these turtles. If you encounter one, please note the day, time and location, and contact Maui Ocean Center at (808) 270-7000 or [email protected] to help with tracking the turtles. 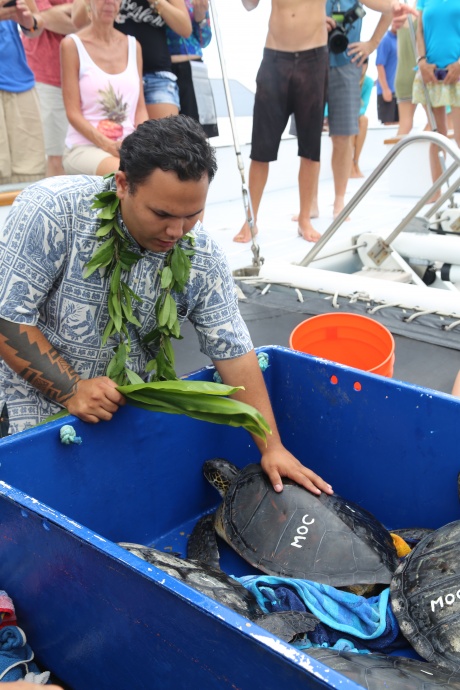 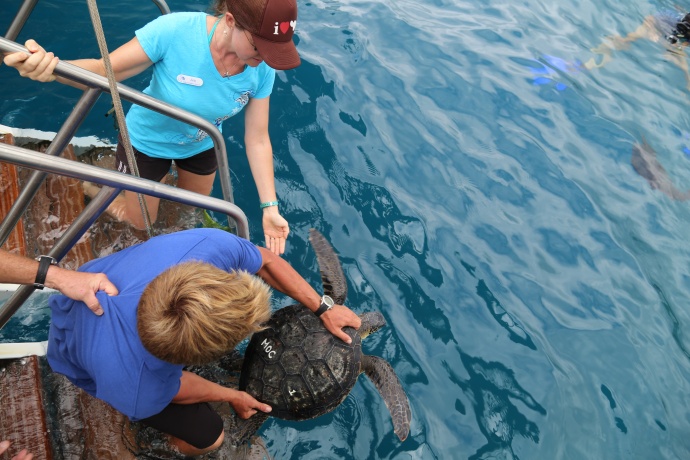 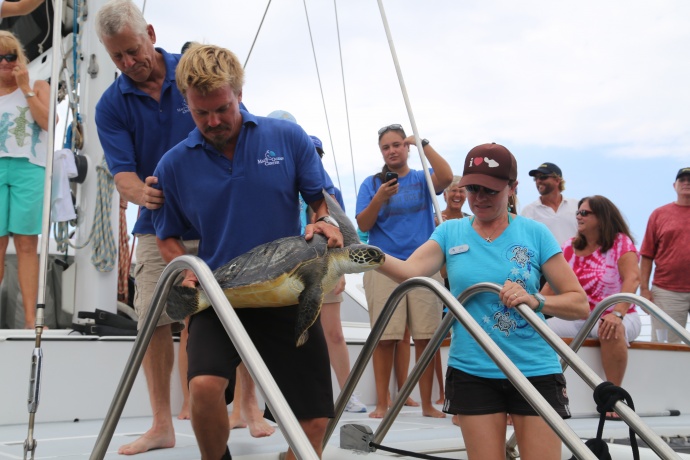 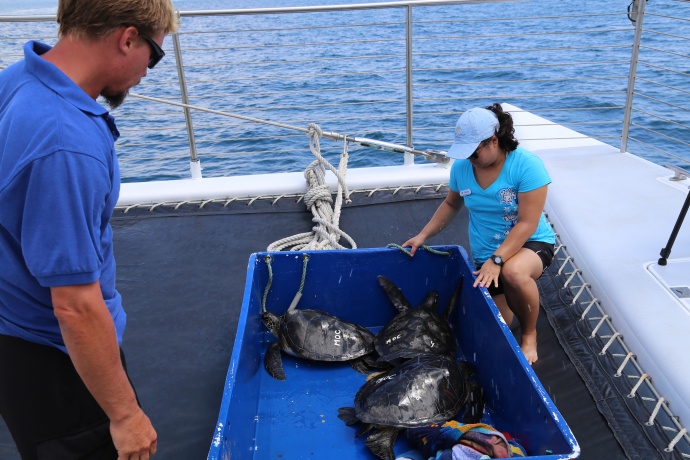 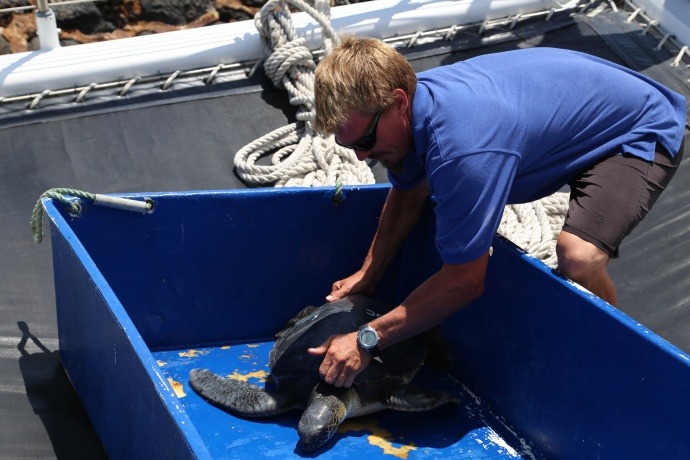 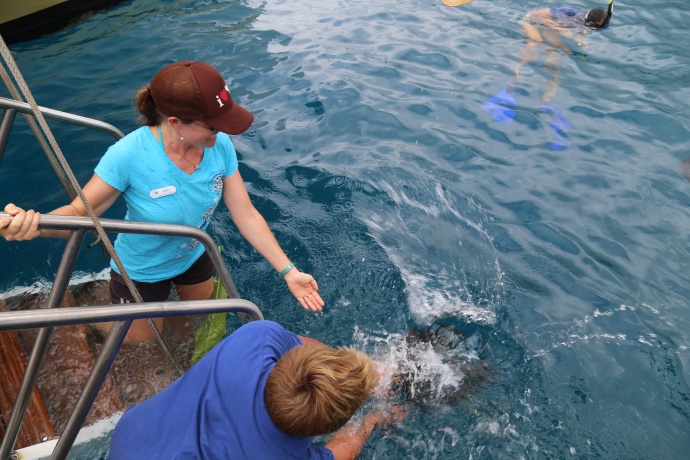 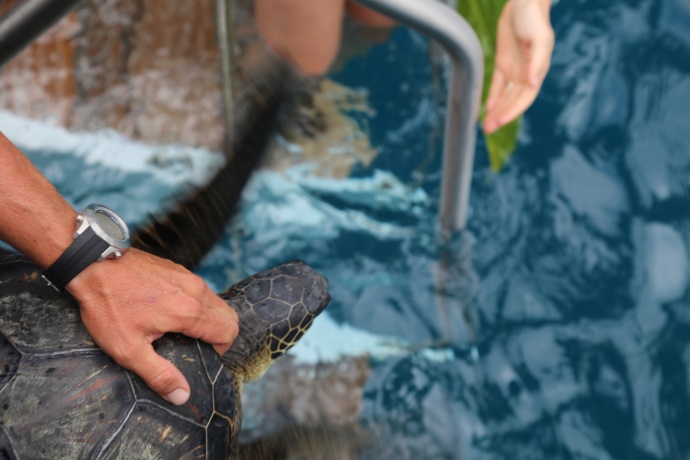