UPDATE: 1:05 p.m. 9/17/15: The Pacific Tsunami Warning Center has issued its final tsunami message for Hawaii saying that based on all available data, the tsunami threat from yesterday’s 8.3 Chile earthquake has now mostly passed. Any remaining threat will be evaluated by local authorities in impacted areas. Click here for the full update.

UPDATE 7:33 a.m. 9/17/15: The Pacific Tsunami Warning Center cancelled the tsunami advisory that was in effect for the state, ending the advisory at 7:33 a.m.  The agency reported the largest wave to be 3.2 feet, occurring shortly after 4 a.m. in Hilo on the Big Island of Hawaii. In Kahului on Maui a tsunami wave of 1.2 feet was reported at 3:53 a.m.; and a 2.2 foot wave was recorded at 4:35 a.m. according to preliminary data compiled by the Pacific Tsunami Warning Center. Wave activity was occurring in 18 to 22 minute intervals.  Click here for the full update.

Meteorologist Malika Dudley explains the difference between a tsunami watch, advisory and warning.

Click here for information on closures in coastal areas and beach parks.

The Hawaii Emergency Management Agency has issued a Tsunami Advisory for the state effective at 3:23 p.m.  This replaces a Tsunami Watch that was issued earlier this afternoon following an 8.3 (7.9 preliminary magnitude) earthquake at 12:54 p.m. HST on Wednesday, Sept. 16, 2015 near the coast of Central Chile.

The agency issued a notification saying, “BASED ON ALL AVAILABLE DATA A MAJOR TSUNAMI IS NOT EXPECTED TO STRIKE THE STATE OF HAWAII. HOWEVER…SEA LEVEL CHANGES AND STRONG CURRENTS MAY OCCUR ALONG ALL COASTS THAT COULD BE A HAZARD TO SWIMMERS AND BOATERS AS WELL AS TO PERSONS NEAR THE SHORE AT BEACHES AND IN HARBORS AND MARINAS. THE THREAT MAY CONTINUE FOR SEVERAL HOURS AFTER THE INITIAL WAVE ARRIVAL.”

The estimated time of wave arrival and anticipated effects is 3:06 a.m. HST on Thursday, September 17, 2015. Waves reaching 0.3 to one meter (one to three feet) are possible for Hawaii coastlines.

A Tsunami Advisory is issued when the threat of a tsunami may produce strong currents or waves dangerous to those in or near the water.

“We ask the public to be mindful of their designated tsunami evacuation sites and to stay tuned to radio and TV broadcasts for the latest information and instructions from county officials,” said Vern Miyagi, Administrator of Emergency Management.

The following is a list of measurements and reports of tsunami wave activity (compiled by the Pacific Tsunami Warning Center) as of 1:11 a.m. on Thursday, Sept. 17, 2015:

According to the USGS, the quake was centered:

Please be advised that the Maui County Budget Meeting for South Maui has been canceled because of the tsunami watch from the Chile earthquake today. The meeting had been scheduled for 5:30 p.m. at the Kihei Community Center.

*** Please Check back for additional updates.  We will continue to update this post as additional information becomes available. 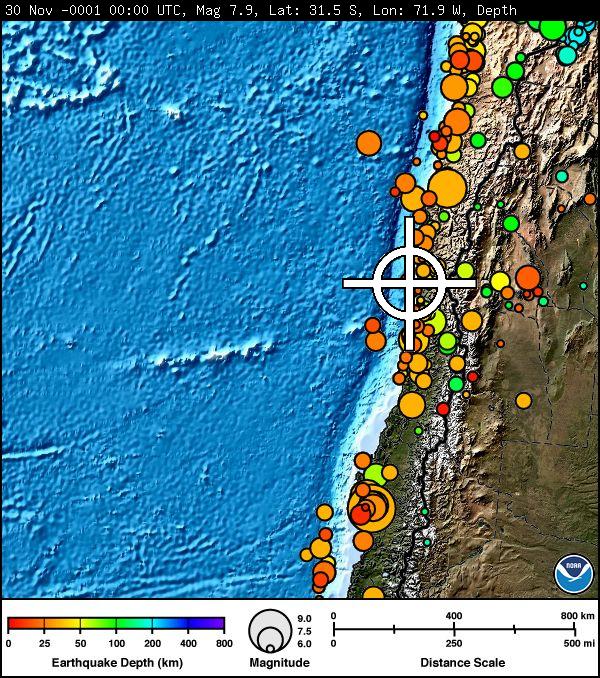 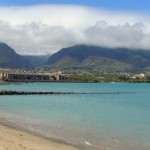 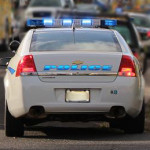