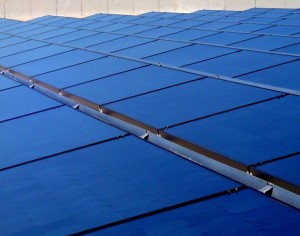 The state Public Utilities Commission will end net metering, but has approved two new rooftop PV programs intended to replace the NEM program. In addition, the PUC also agreed to allow the Hawaiian Electric Companies to submit a revised time-of-use rate proposal to further expand options for its customers.

“Thanks to the PUC’s decision [yesterday], Hawaiʻi now has the dubious distinction of being the first state in the US to end net metering,” the Sierra Club responded in a press release.

The PUC said programs will allow Hawaiian Electric Companies’ customers to “take advantage of new energy storage technology and help ensure safe, reliable service and fair treatment for all customers,” the press release stated, adding that the decision is the result of the first phase of the PUC’s effort to develop long-term technical and policy solutions that will support the continued growth of rooftop PV in Hawai‘i.

The PUC stated that these programs are intended to serve as transitional programs while it continues to develop long-term solutions.

“It is not clear why the PUC just threw net metering off the cliff, when it has been so effective at moving people off fossil fuels,” said Marti Townsend, director for Sierra Club of Hawai‘i. “All of us need to be off fossil fuels by 2045. To get there, we need to be expanding policies that encourage renewable energy use, not ending them.”

“It is abundantly clear that distributed energy resources can provide benefits to Hawai‘i,” the PUC order stated. “It is also clear, for both technical and economic reasons, that the policies established more than a decade ago must be adapted to address the reality of distributed energy resources as they exist today—and as they are likely to develop in the near future. The challenge facing the state now is ensuring that DER continues to scale in a way that it benefits all customers as each utility advances towards 100% renewable energy.”

“This is an unfortunate setback in the battle against climate change,” Townsend added.

Hopefully, the PUC’s “time of use” rates will salvage this messy shift in local energy policy, the Sierra Club said. Time of use rates could encourage customers to consume less electricity and actually increase electricity generation to the grid during peak hours of use.

“We appreciate the PUC’s thorough review of the complex issues that need to be balanced,” said Jim Alberts, Hawaiian Electric senior vice president of customer service. “We see solar power as an important part of the diverse set of renewable energy solutions needed to help lower customer bills and meet Hawai‘i’s goal of a 100 percent renewable portfolio standard by 2045.”

In addition, to help cover the fixed costs of providing service to PV customers who remain connected to the grid for continued service even when their PV systems are not producing energy, new residential PV system owners will pay a minimum monthly bill of $25.

Customers with a current NEM agreement and those with valid pending applications submitted prior to Oct. 13, 2015, will continue under the NEM program.

Current NEM customers who want to install more PV panels or otherwise modify their current systems will be required to transition to either the new Grid Supply or Self Supply programs.

The new Grid Supply and Self Supply programs are expected to be available to customers by Oct. 21. 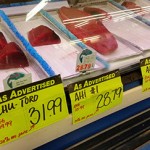 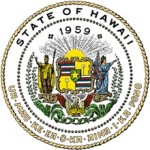