It’s no Snowman: Next Hurricane to be Named “Olaf”

While many today associate the name Olaf with the happy-go-lucky snowman character that appeared in the 2013 Disney animation film, Frozen, the name will resurface again, for the next storm now brewing in the Eastern Pacific.

While it’s still a tropical depression, system 19-E is expected to build to a tropical storm later today, and potentially reach hurricane strength within 48 hours on its approach to the Central Pacific.

If forecasts hold, 19-E will become Olaf, the next name on a list, selected for storms that form in the Eastern Pacific this year.

It’s still too early to say if the system will have an impact on the Hawaiian Islands.

Meantime, Nora has since weakened to a tropical depression and was located 275 miles SE of Hilo and 400 miles SE of Kahului, Maui this morning.

Forecasters with the National Weather Service say Nora is expected to weaken further to a remnant low later today or tonight, with dissipation expected late Friday.

According to the NWS, tropical moisture is expected to reach the Big Island of Hawaiʻi and Maui County this weekend with an increase in showers forecast.  Forecasters say drier conditions are expected next week as the wet weather passes west of the state. 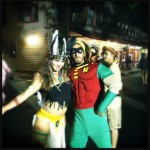 Halloween in Lahaina Back for 5th Consecutive Year 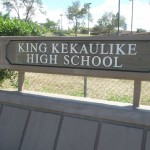