A large “near-Earth asteroid” named 2015 TB145, was discovered by scientists on Oct. 10, using the University of Hawaiʻi’s Pan-STARRS1 Telescope atop Haleakalā on Maui.

Officials with the University of Hawaiʻi say the asteroid will pass close to Earth this Halloween, Oct. 31, 2015. A specific time for the flyby was not immediately available.

The asteroid has a diameter of approximately 1,300 feet, and is expected to pass within approximately 300,000 miles of Earth, according to information released by the UH Institute for Astronomy.

Astronomers say there is no possibility of the object impacting Earth.

“When it comes closer to Earth, it will brighten to approximately 10th magnitude, which means that amateur astronomers with small telescopes should be able to see it as it moves quickly across the sky,” according to information compiled by the UH Institute for Astronomy.

The last time that the asteroid came close to Earth was approximately 30 years ago.  Scientists note that its “highly elliptical (oval),” and “unusual orbit” made it difficult to discover.

The search for near-Earth objects by the Pan-STARRS telescopes is funded by the NASA Near Earth Object Observations program.

The Institute for Astronomy at the University of Hawaii at Mānoa was founded in 1967 and conducts research into galaxies, cosmology, stars, planets, and the sun.

Its faculty and staff are also involved in astronomy education, deep space missions, and in the development and management of the observatories on Haleakalā and Maunakea. The Institute operates facilities on the islands of Oʻahu, Maui, and Hawaiʻi.​ 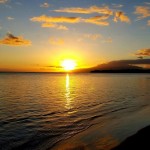 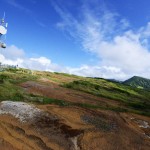