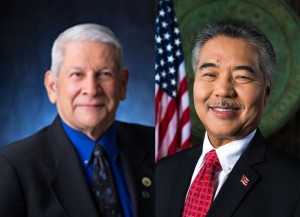 Governor David Ige said he would be willing to welcome Syrian refugees to Hawaiʻi, in a statement issued on Monday.

“Our first priority is the safety of the American people, including the people of the State of Hawai‘i,” said Gov. Ige.

The governor said the US accepts refugees, including Syrians, “only after they are subjected to the most vigorous and highest level of screening and security vetting.”

The governor’s statement comes following the terror attacks in Paris.  Reports indicate that one of the offenders who died in the attacks is believed to have been a Syrian refugee.

In the wake of the attacks, President Obama offered continued commitment to the resettlement of 10,000 Syrian refugees throughout the US over the next fiscal year.

“As President Obama has said – slamming the door in their face would be a betrayal of our values,” said Gov. Ige.

Gov. Ige continued saying, “Hawai‘i and our nation have a long history of welcoming refugees impacted by war and oppression. Hawai‘i is the Aloha State, known for its tradition of welcoming all people with tolerance and mutual respect. I am confident that our state will work closely with the federal government to ensure that appropriate resources and support are available before any refugees arrive in Hawai‘i.”

Sen. Slom, who serves as the Senate Minority Leader, said the letter was written “in light of the scarcity of state resources like housing, the tragic events that unfolded in Paris, and security concerns voiced by Hawaiʻi residents, other state Governors, and US military and law enforcement officials.”

In his letter to Gov. Ige, Sen. Slom wrote, “Like you, I celebrate Hawaiʻi’s unique Aloha Spirit, openness and sense of welcome; however, there are limits and practical realities to every stated policy.” He continued saying, “I appreciate your comments on safety being your primary concern, but I don’t believe that actual events protect or guarantee that safety- or security- in light of recent events in Paris and elsewhere.”

In a press release statement, Sen. Slom said he is also concerned about the fiscal burden on the state to carry out President Obama’s policy. “Hawaiʻi is already short on critical resources like housing. Just take a look at our homeless situation, look at how hard it is to find affordable rent, look at the Department of Health and the Department of Human Services and the work they’ve taken on with the COFA immigrants. We can be compassionate, we can extend the Aloha Spirit, but it is important to also be realistic and pragmatic with our state resources.”

Sen. Slom cited information published by NPR noting that to date, 30 governors in the US have called for a halt in US resettlement of Syrian refugees. 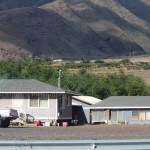 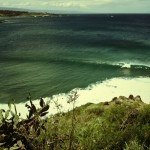