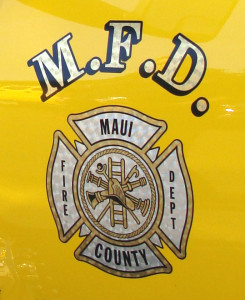 Maui firefighters battled a brush fire reported in the forest area of the Wailau Trail on Molokaʻi Wednesday afternoon, Feb. 10, 2016.

Crews received a report at around 2:52 p.m. of smoke seen in the mountains above the Pūkoʻo Fire Station.

Fire officials say the department’s Air-1 helicopter was used to fight the fire, which was located in an area of steep terrain and heavy brush, and accessible only by a one-and-a-half hour hike.

According to department reports, crews found a 200 by 100 foot fire burning in trees and heavy brush on the west side of the Wailau Trail.

When Air-1 left the scene at 6:10 p.m., there were no visible signs of smoke; however, firefighters were reluctant to call the fire extinguished. Crews planned to reassess the need to call back the helicopter today.

Fire officials say it is unknown what may have caused the fire. 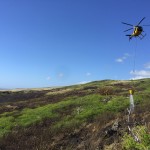 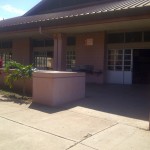