A visitor, swimming in waters near Honokōwai in West Maui, was pulled unresponsive from the ocean on Thursday afternoon, March 3, 2016.

Maui police have since identified the man as Thomas D. Lindquist, 66, of Redmond, Washington.

Fire officials say the man was swimming in the ocean fronting the Kuleana Resort (at 3959 Lower Honoapiʻilani Highway), when a Good Samaritan saw the man having trouble in the water and swam out to assist. Another bystander also responded to help with a surfboard, but authorities say before they got there, the man went unresponsive. The incident was reported at around 2:17 p.m. to emergency responders.

Nāpili firefighters arrived on scene at 2:24 p.m. to find the two Good Samaritans attempting to revive the man, who was lying on a surfboard about 100 yards from shore.

Ocean safety personnel on rescue watercraft brought the victim and rescuers to shore where paramedics and firefighters took over CPR on the victim.

Despite all life-saving efforts, the victim died at the scene. The cause of death has not been determined pending autopsy results.

Ocean safety personnel from Kāʻanapali and firefighters from Nāpili responded to the incident. 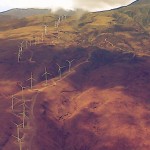 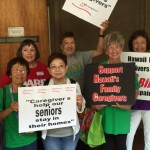