Five Maui hālau compete in the kahiko or ancient hula division tonight as part of the 53rd Annual Merrie Monarch Hula Festival taking place at the Edith Kanakaʻole Stadium in Hilo on the Big Island of Hawaiʻi.

Tonight’s segment is the second of three days of competition which began last night with the Miss Aloha Hula event, and will conclude with an ʻauana or modern hula competition and awards ceremony on Saturday night.

Pukalani Hula Hale under the direction of Kumu Hiʻilei Maxwell-Juan will be performing to the mele “Kahakuohawaiʻi.”  According to the festival program, Kahakuohawaiʻi is the name that the people of Hawaiʻi gave to Prince Albert Edward Kauikeaouli Kaleiopapa a Kamehameha.  The program notes that the song speaks of of the love that Alexander Liholiho had for his only son, who died at the age of four.

Hālau o Ka Hanu Lehua under the direction of Kumu Kamaka Kukona will dance to “He Hele No Kapiʻolani.”  According to material compiled by the festival, the mele was written in observance of Queen Kapiʻolani’s travels in the early 1880s, and was documented in the Hawaiian language newspaper Ka ʻElele Poʻalua on April 13, 1881.  “She went throughout her kingdom encouraging her people to Hoʻoulu Lāhui and to Hoʻāla Lāhui … to procreate and increase the Hawaiian race,” the program states.

Moana’s Hula Hālau of Molokaʻi, under the direction of Kumu Raquel Dudoit, describes the “poetic symbolism” in “Molokaʻi Pākaha,” a mele of victory.  The composition speaks of the “prowess” of Molokaʻi’s warriors, their multitudes, skill and accomplishments in the battlefields of Keawanui, according to festival material.

Both the women and men of Hālau Kekuaokalāʻauʻalaʻiliahi, under the direction of Kumu Haunani & ʻIliahi Paredes, will perform mele linked to Kumu Hula Sally Moanikeʻala Wood Naluai as shared by Uncle Nathan Nāpōkā.  The women will perform to “Pua Hau O Maleka,” a mele honoring Princess Victoria Kamāmalu, granddaughter of Kamehameha I. The men will dance to “Maikaʻi Ke Anu O Waimea,” a mele inoa for Kahikuonālani, King David Laʻamea Kalākaua.  According to the festival program, “O ke ahi kū ʻoe o ka nani – this mele compares Kalākaua to the magnificient glow of a long-burning, crackling fire.”  The program further describes the selection as a “boisterous hula kāne,” which belongs to Kumu Hula Peter William Kawaimaka Lonoaea, a student of Kumu Naluai.

Hālau Nā Lei Kaumaka O Uka, under the direction of Kumu Nāpua Greig will perform to “Moani Onaona I Nā Moku.”  The festival program states, “Years after the 1893 overthrow of the Hawaiian monarchy, the kūpuna of the time were still awaiting Liliʻuokalani’s return to sovereign power. This mele exalts the Queen and likens her to the most fragrant of flowers, the Hawaiian rose. Written approximately three years after the illegal overthrow of the Hawaiian Kingdom, Moani Onaona I Nā Moku compares the lāhui, the nation, and its people to the rose of Hawaiʻi.”

The festival is being televised and streamed live at KFVE The Home Team. 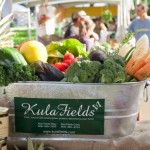 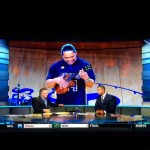