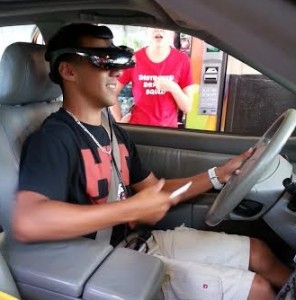 In observance of National Distracted Driving Awareness Month in April, the Hawaiʻi Department of Transportation is teaming up with four county police departments, and Toyota Hawaiʻi, to educate Hawaiʻi’s drivers about the dangers of distracted driving.

Increased enforcement of distracted driving laws combined with public education is being implemented to help reduce distracted driving and save lives.  Here on Maui, police will be participating in the national “U Drive. U Text. U Pay” campaign. Additional enforcement of Hawaiʻi’s Mobile Electronic Device Law is planned starting on April 8th and continuing until April 13th.

Presentations will be held in schools, shopping centers, and other community events throughout the state. A portion of these presentations will include a new, state-of-the-art digital simulator system that allows the public, especially students, to experience how dangerous it would be to operate a vehicle while being distracted. The digital simulator system is the only one of its kind in Hawaiʻi.

On Maui, a distracted driving simulator event will be held on Saturday, April 16, 2016 from 10 a.m. to 6 p.m. at the Queen Kaʻahumanu Center in Kahului.

“Driving requires one’s full attention, and any distraction can lead to dangerous and possibly deadly implications,” said Ford Fuchigami, HDOT Director. “The goal of this campaign is to change driver behavior, and that change begins with education. We hope that once people see the statistics, they will evaluate and alter their driving habits to help protect themselves and others on the road.”

“We hope that by experiencing the dangers of distracted driving in a safe, controlled environment, people will think twice about doing it in real life and possibly making a fatal mistake,” said Fuchigami. “You may get a second chance in the simulator exercise, but sadly, that is not the case in real life.”

According to the National Highway Traffic Safety Administration, at any given daylight moment across the country, approximately 660,000 drivers are using cell phones or manipulating electronic devices while driving, a number that has held steady since 2010.

In 2014, 3,179 people were killed, and 431,000 were injured nationwide in motor vehicle crashes involving distracted driving. Additional research shows that 10% of drivers under the age of 20 involved in fatal crashes were reported as being distracted at the time of the crash, state officials said.

The fine for violating this law starts at $257. Violations in school zones or construction areas are subject to a higher amount.

“Every roadway user has a role in this effort to put an end to distracted driving,” Fuchigami said. “Although many actions are distractions while driving, texting is by far the most dangerous because it combines all three types of distractions – visual by taking your eyes off the road, manual by taking your hands off the wheel and cognitive by taking your mind off the task of driving. We recommend that you turn off your phone or mobile electronic device and put it away in the trunk or glove compartment. No text message is worth risking your life or someone else’s life over.” 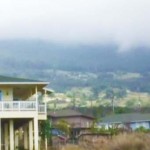 Governor Proposes Highest Level of Funding Ever for DHHL 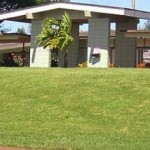