The WSL XXL Big Wave Awards recently took place in Anaheim, California to award and recap a year full of bravados for big wave surfing accomplishments.  Known as the Oscars of big wave surfing, the XXL Awards acknowledge both men and women who risk their lives chasing monster waves all over the globe in search of the biggest and best rides.  Maui’s most infamous wave Peʻahi, also known as “Jaws,” was once again the standout big wave spot taking the claim for the coveted Ride of the Year, Biggest Paddle Award, and Biggest Wave Award. 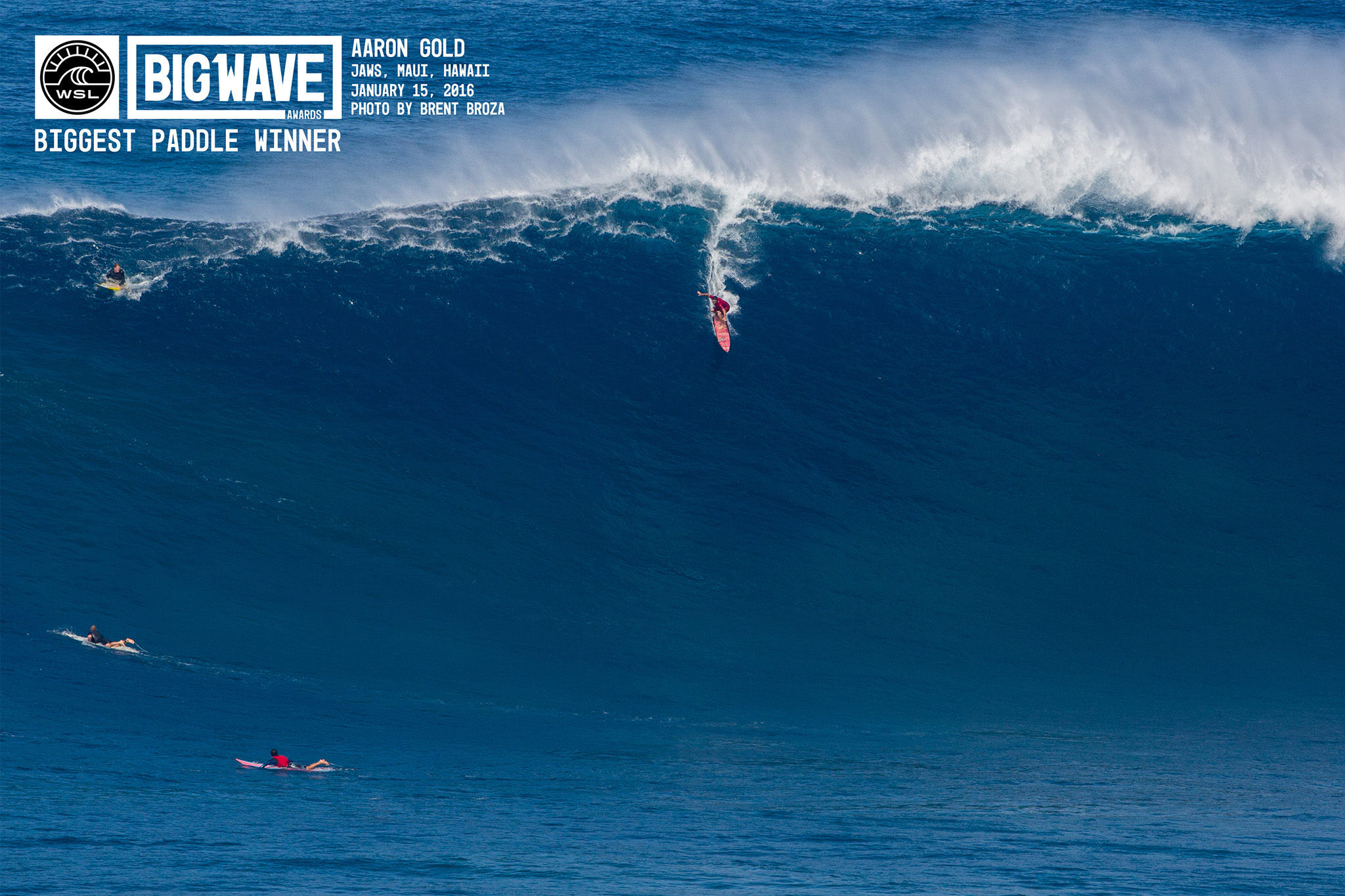 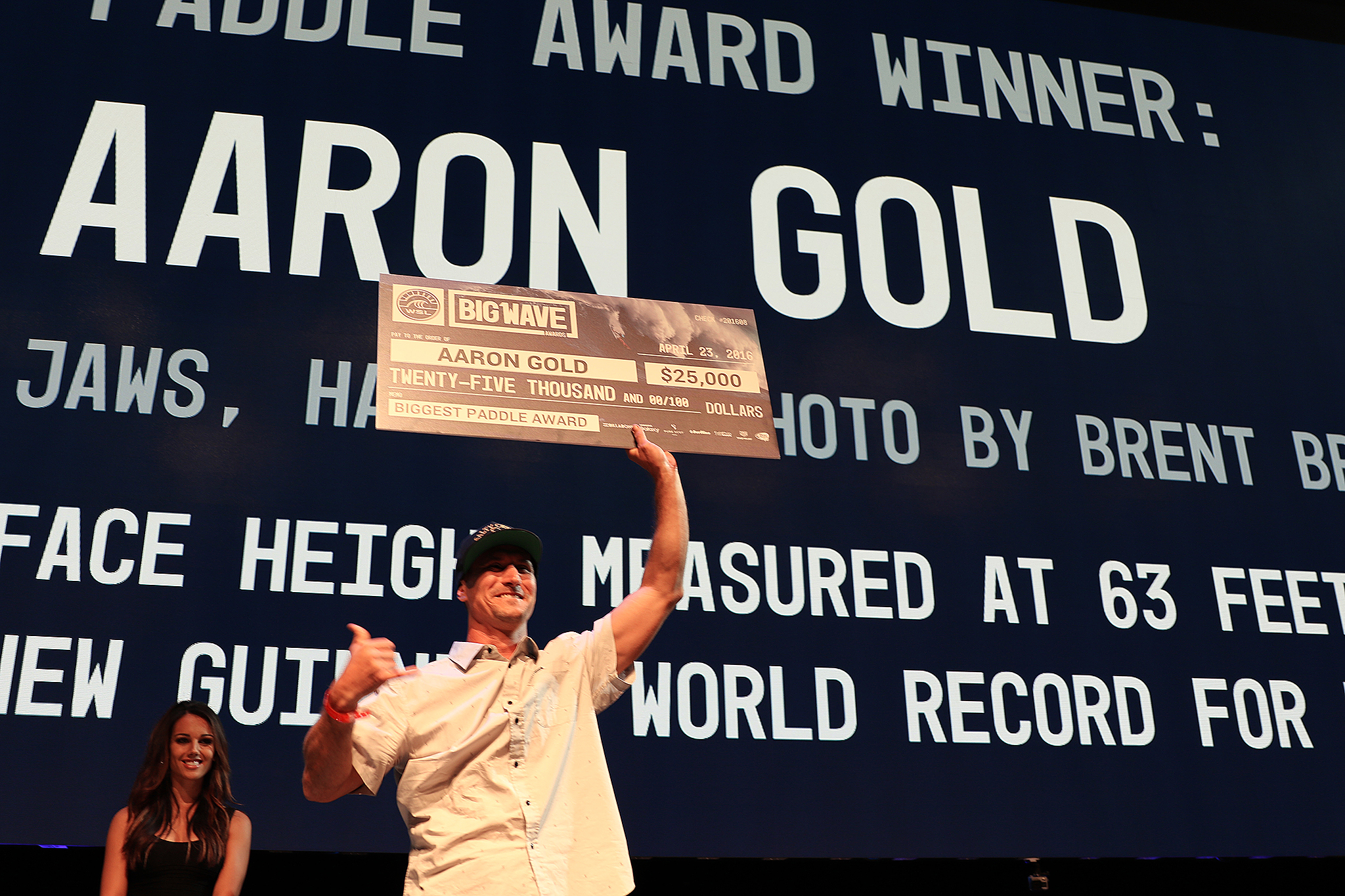 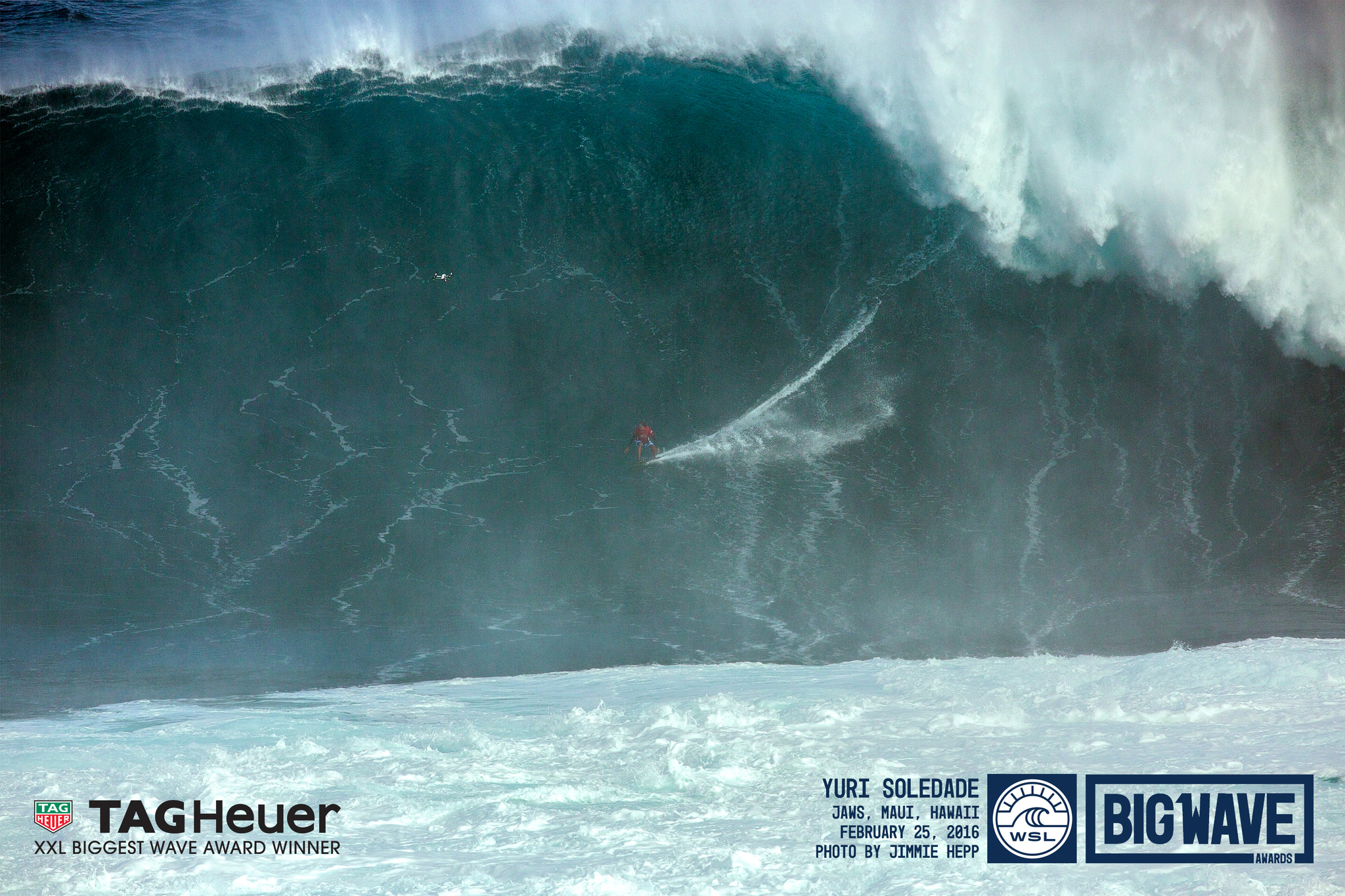 Yuri Soledade on the wave that won him the TAG Heuer XXL Biggest Wave Award at at Jaws, Maui, Hawaii on February 25, 2016. Photo: WSL/JimmyHepp 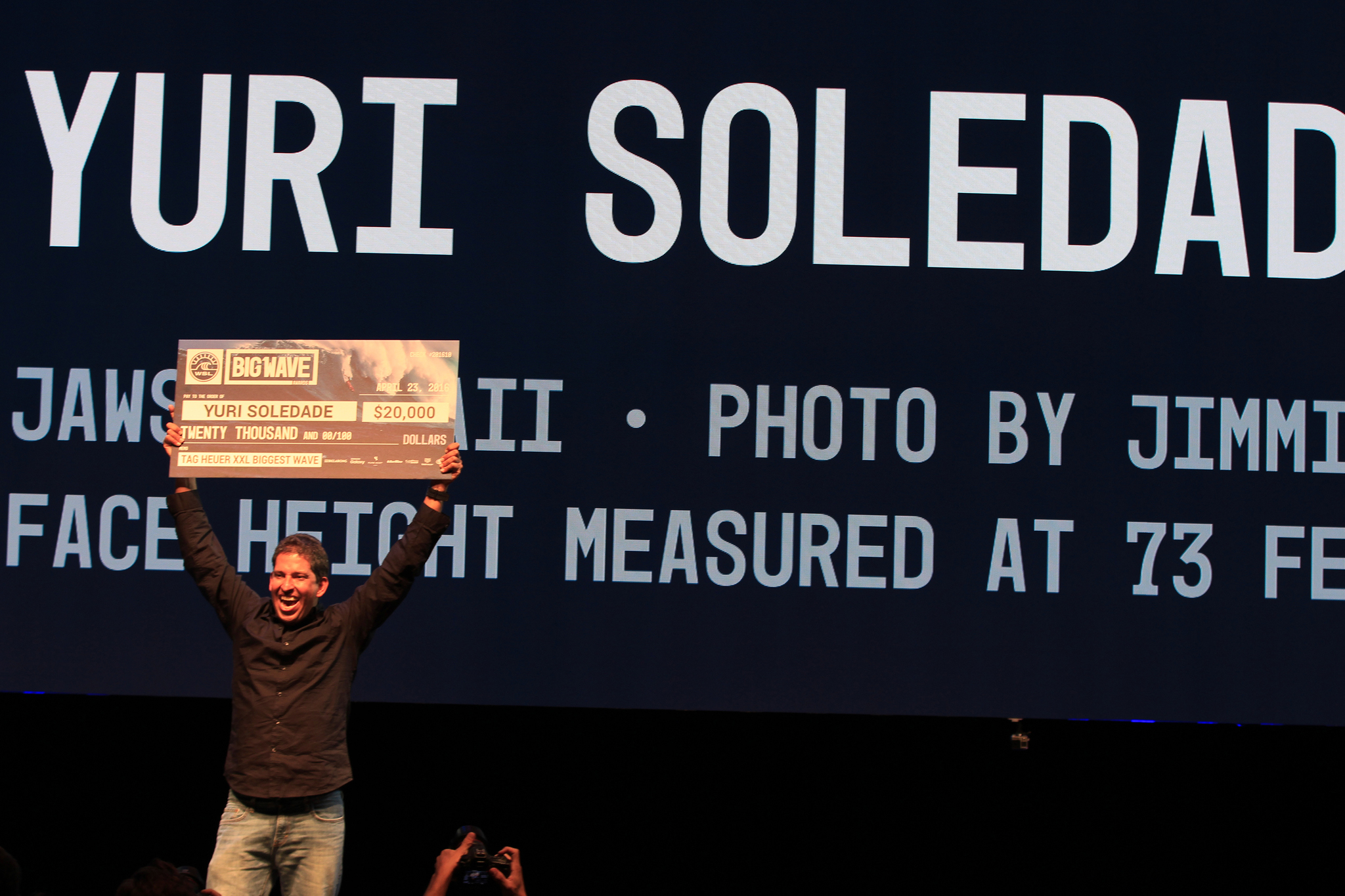 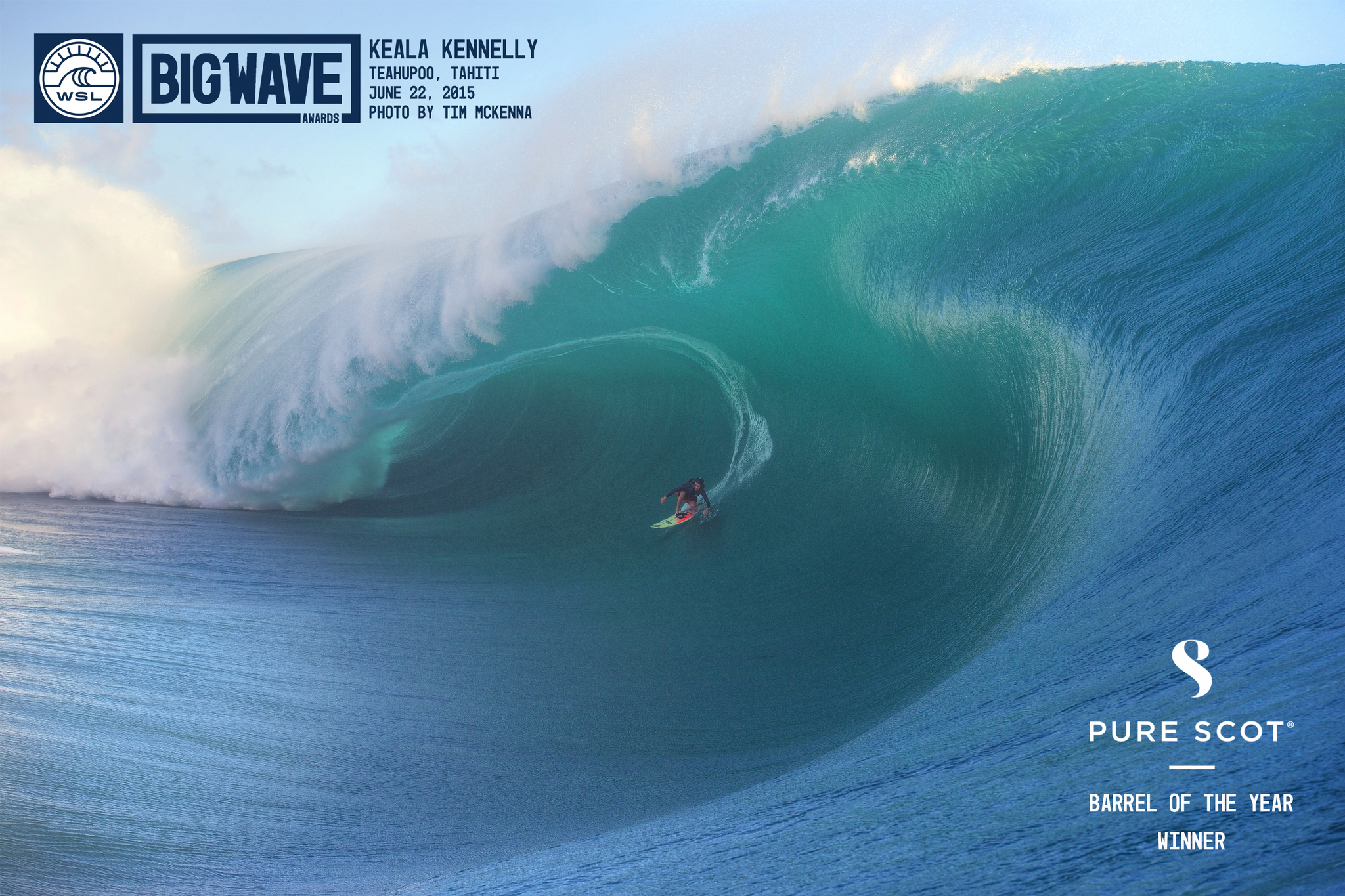 The Barrel of the Year was awarded to Keala Kennelly who caught this monster wave in Tahiti last summer. Photo: WSL/Tim Mckenna 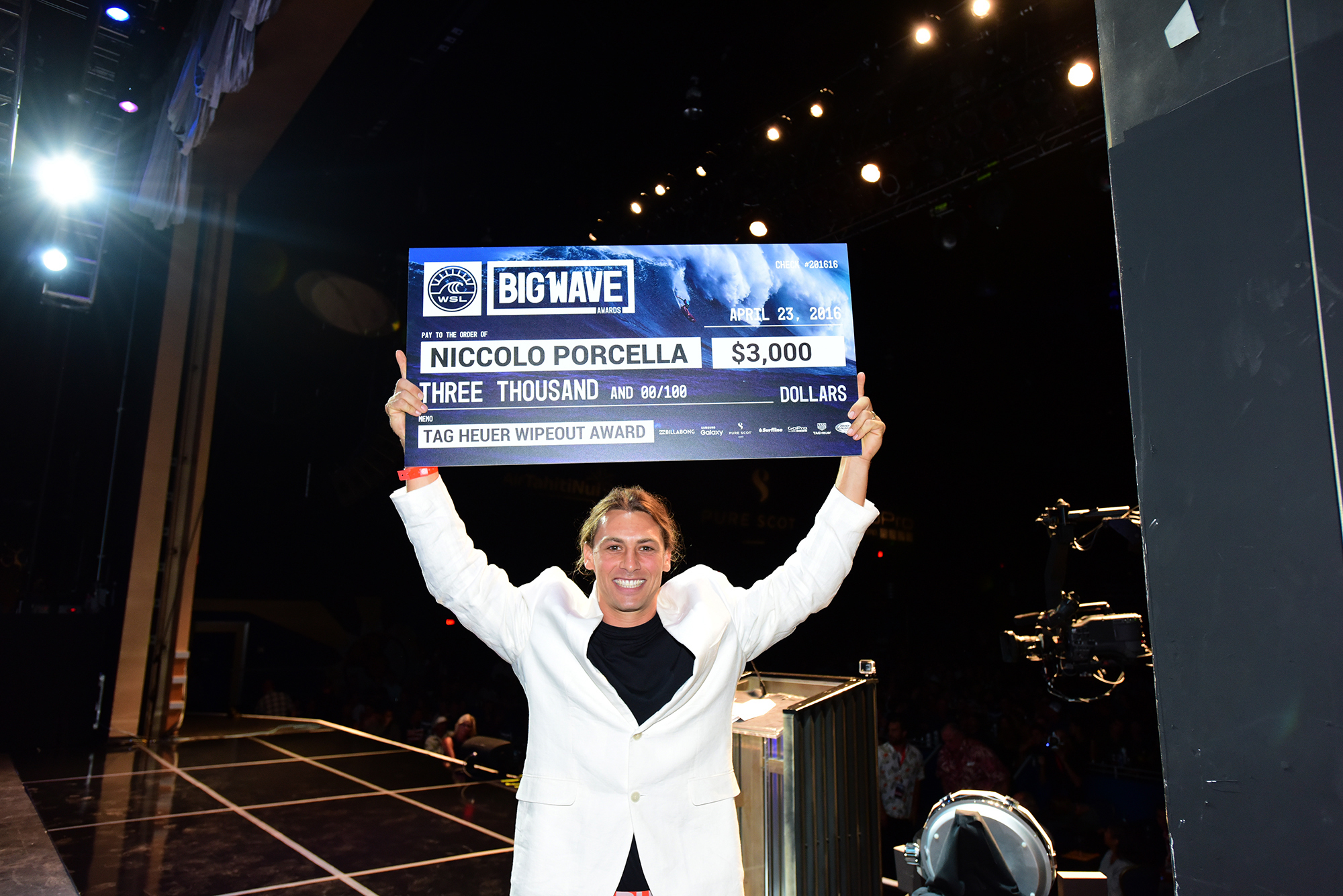 Niccolo Porcella of Maui, earned the TAG Heuer Wipeout of the Year Award for his over-the-falls wipeout at Teahupoo, Tahiti
Photo: WSL 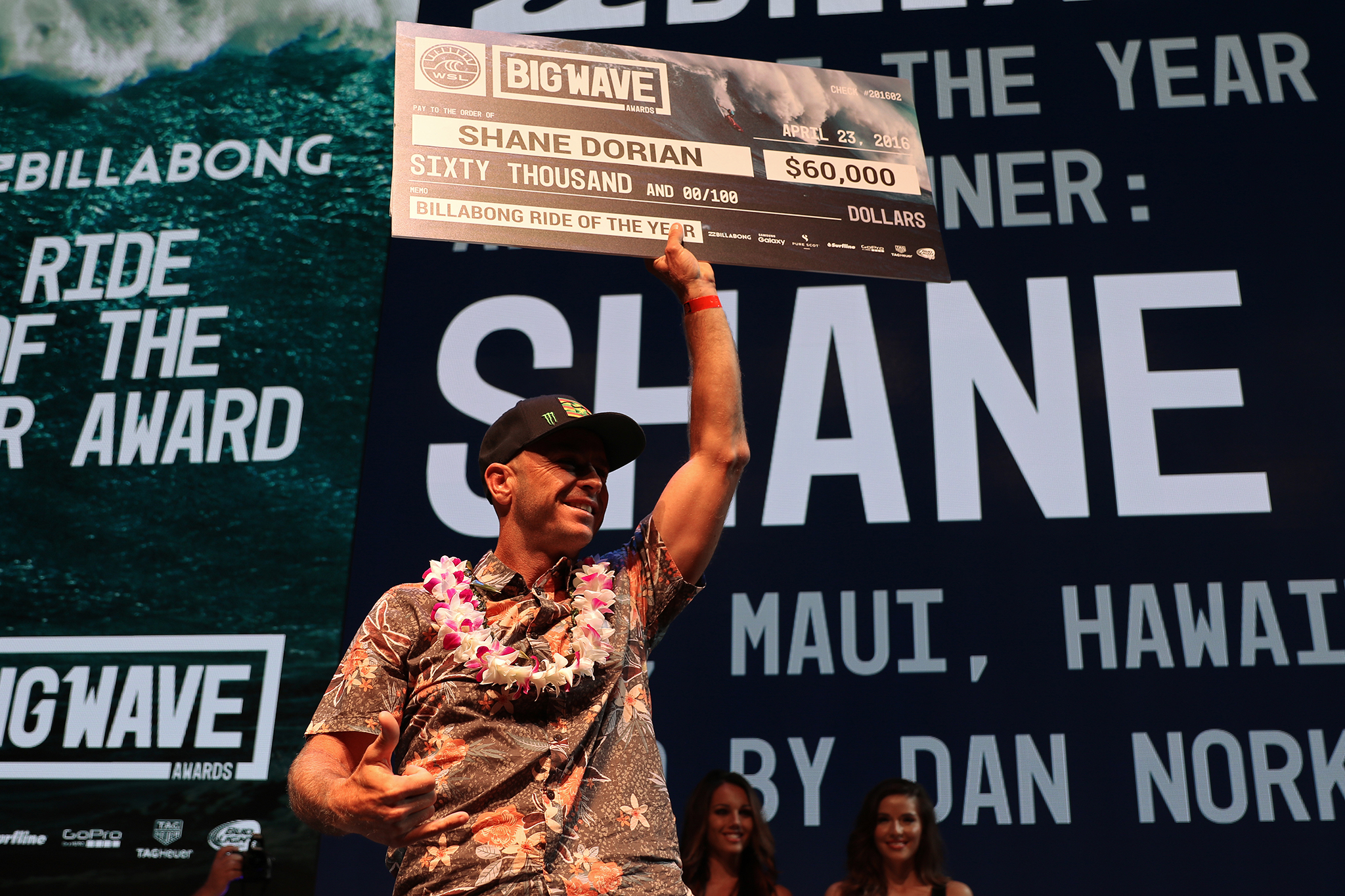 Shane Dorian secured the Billabong Ride of the Year Award for an incredible ride at Jaws earlier this year. He also won the Surfline Men’s Overall Performance of the Year Award at the XXL Awards in Anaheim, California. Photo: WSL 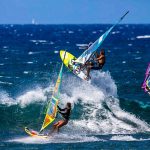 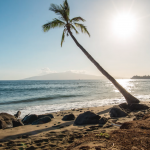