Rep. Takai Will Not Seek Re-Election Due to Health 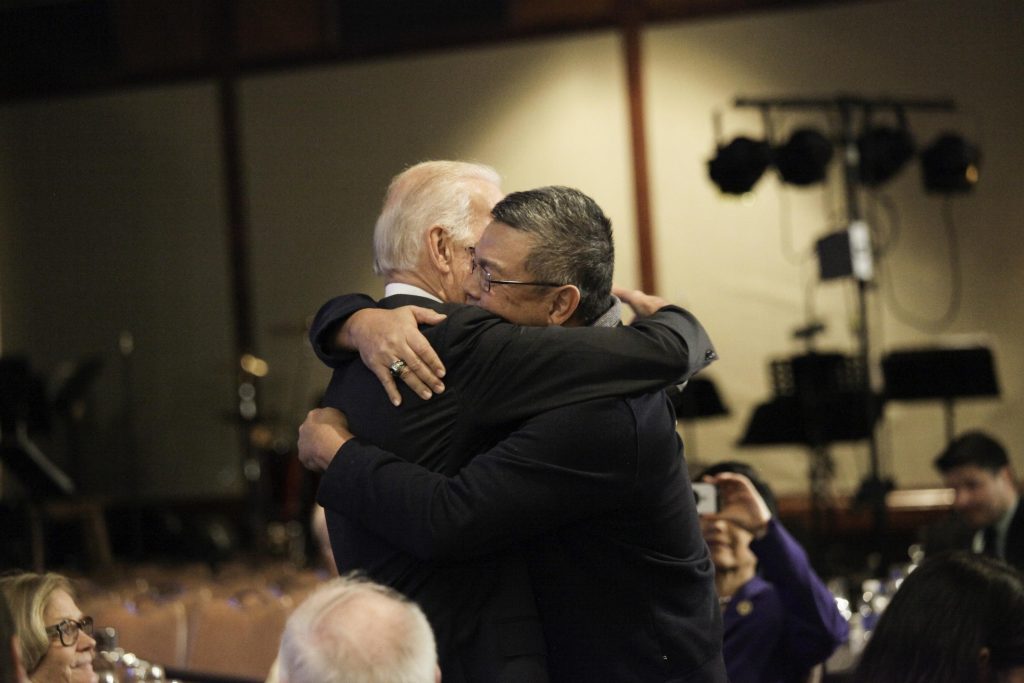 US Congressman Mark Takai (HI-01) today announced his decision to step down after serving out the remainder of his term due to health concerns.  He released the following statement:

“It has been my greatest privilege to serve the people of Hawaiʻi for the past 20 years. As your Congressman, I made it my mission to always put Hawaiʻi and her people first.

“In life, we often make plans for ourselves. I had envisioned a long career in the US House of Representatives, building up the seniority and influence that were key to Senator Inouye’s ability to deliver for Hawaiʻi. But as often happens, we find ourselves on a different journey than what we had planned.

“When I was diagnosed with pancreatic cancer last year, my family and I resolved to fight it head-on and with deep personal faith. Today, we find ourselves at a crossroads. I had truly hoped to aggressively fight this cancer while seeking re-election, but I recently learned that my cancer has spread.

“Putting Hawaiʻi and its people first means that I must regretfully withdraw from my 2016 re-election race for Congress and suspend my campaign. Right now, for the sake of my family, I need to focus on getting better rather than getting re-elected.

“Although I will not be running for re-election, I intend to serve out the remainder of my term in Congress. There is still much work that I am determined to see through for Hawaiʻi and our nation over the next few months.

“I want to take this opportunity to thank my family, friends, and supporters for their unwavering love and support. My time in public service has been an incredible journey, all made possible by my wife Sami, my children, Matthew and Kaila, my parents, siblings, and the many individuals who are family to me, either by blood, or by kinship.

“To my supporters, I say a heartfelt ‘Mahalo!’ You have been the foundation upon which my 20-plus years of public service has been built. Thank you for your love, friendship, and continued prayers,” said Congressman Takai.

At this time, Congressman Takai asks for continued respect of his family’s privacy as they move forward with treatment.

The following statements were released by dignitaries and colleagues from around the state and the US mainland.

“Mark has served our state and our country honorably as a public servant, elected official, and a Lieutenant Colonel in the Hawaiʻi Army National Guard. He has an unwavering commitment to improving the lives of Hawaiʻi families. I have worked closely with Mark for many years on education reform, and especially on Impact Aid for Hawaiʻi’s schools when I served in the US House of Representatives. I will miss him in this arena as a strong partner on issues we both care deeply about, and will continue to do so through the rest of his term. I have affectionately called Mark my younger brother for many years and I wish Mark and his family all the best.”

“It has been my honor and a true pleasure to work alongside Mark over the years. He is a great teammate and has served the people of Hawai‘i with integrity and aloha. I know this was a difficult decision, and my thoughts and prayers are with him and his family.”

“Mark is a dear friend and colleague, and my prayers are with him and his family during this difficult time. We’ve served together over the years in many capacities—as colleagues in the Hawaiʻi State House, as Soldiers in the Hawaiʻi Army National Guard, and now in Congress. Mark has a servant’s heart and has dedicated his life to working for the people of Hawaiʻi. Now we can show our thanks to him and his family for their service by supporting them and their decision in every way possible. I look forward to continuing to work with Mark in Congress for the remainder of his term, ensuring that our constituents in Hawaiʻi are served and heard.”

“For many years Mark has wholeheartedly served the people of Hawai‘i, and our communities are better off because of his tireless efforts. I thank him for his military service to our nation, his skilled representation of his constituents in Congress, and his advocacy on behalf of ʻAiea/Pearl City residents at the State Legislature. He has been a valued colleague and generous friend to me, and I wish him well as he focuses on his health and family.”

“My heartfelt thoughts are with Congressman Mark Takai as he continues his courageous battle with cancer and I wish him a full, healthy recovery. Although I’m sorry to hear that Mark will not be seeking another term of office, I understand first and foremost that his health and well-being are his top priority. During his time in the nation’s capital, Mark ensured that Hawaiʻi’s voice was heard on issues important to our State, particularly on issues regarding our veterans, kupuna and immigration. As his friend and former colleague at the Legislature, I’ve witnessed Mark’s dedication and commitment to his district and the people of Hawaiʻi. As he continues to work hard and make strides in Washington, D.C., I extend my best wishes and aloha to him and his ʻohana. I’d also like to send him my sincerest mahalo for the sacrifices he’s made and for his service to the people of Hawaiʻi.”

“I first met Mark when he was the student body president of UH Mānoa. I was the Chairman of the House Finance Committee and he came in all the time to lobby for a new basketball arena. He was very persistent and very competitive. When he came to the Legislature he brought that same kind of persistence and competitive spirit and for 20 years worked tirelessly for his constituents and the people of Hawaii. I was very proud when he was elected to Congress.  Hawaiʻi will miss his service in Washington D.C. as he focuses on his health and family. I know Mark is a fighter, and, god willing, he will win.” 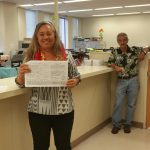