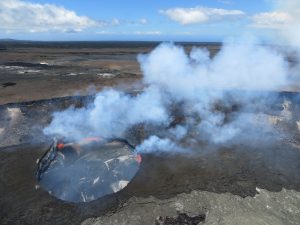 The raw beauty of the Kīlauea volcano on Hawaii Island sparked a new level of interest as a flow from its East Rift Zone made ocean entry [1] last week, for the first time in three years.

The flow, known as “61g” continued to advance down the south flank of the volcano today and flow into the ocean at the Kamokuna entry point, according to HVO scientists.

Scientists with the Hawaiian Volcano Observatory say the lava flow does not pose an immediate threat to nearby communities.

The HVO reports that the lava lake at Halemaʻumaʻu Crater at the summit of Kīlauea remains active as well.

The island’s Mauna Loa, however, is not erupting.  In the past week, the HVO reports that earthquakes have occurred mostly in the south caldera and upper Southwest Rift Zone at depths less than 3 miles, with the overall seismicity rate about the same as last week, but still elevated relative to the long-term background rate.

One earthquake was reported felt on the Island of Hawaiʻi this past week. On Saturday, July 30, at 11:12 a.m., HST, a magnitude-3.2 earthquake occurred 7.3 miles southeast of Mauna Kea’s summit at a depth of 13.0 miles. 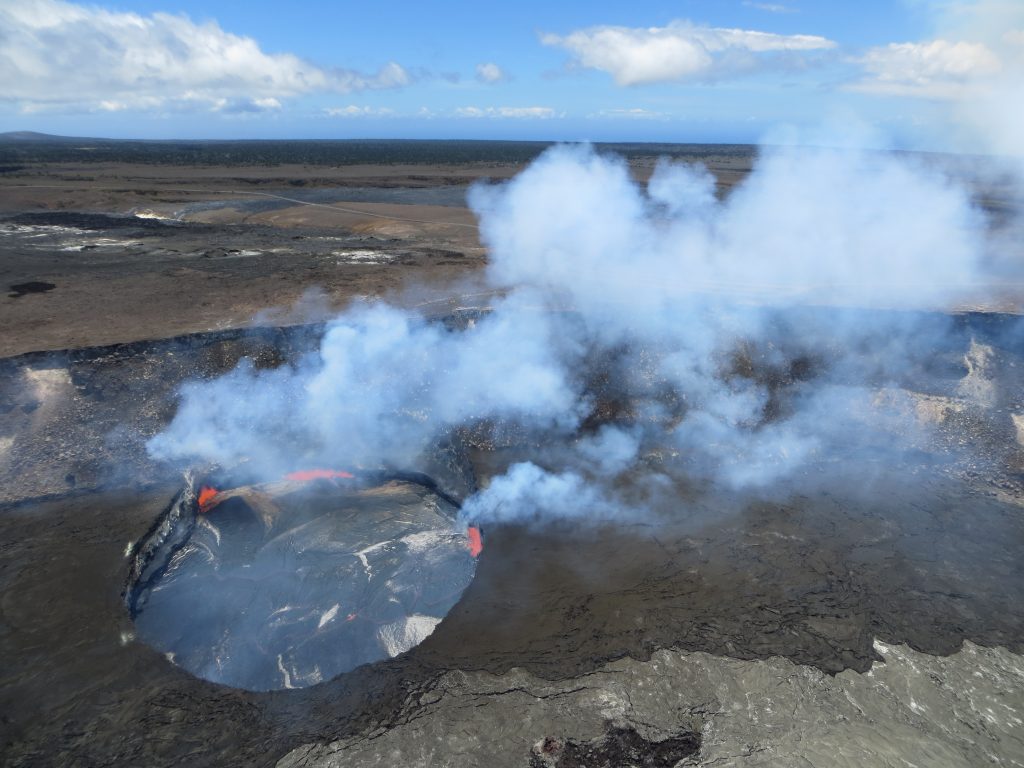 On Friday afternoon, three areas of spattering on the summit lava lake surface produced abundant volcanic gas emissions, one of the main hazards near the Halemaʻumaʻu Crater vent. In this photo, spattering lava was visible from a safe distance at Jaggar Museum Overlook in Hawaiʻi Volcanoes National Park. Photo credit: USGS/HVO (7.29.16) 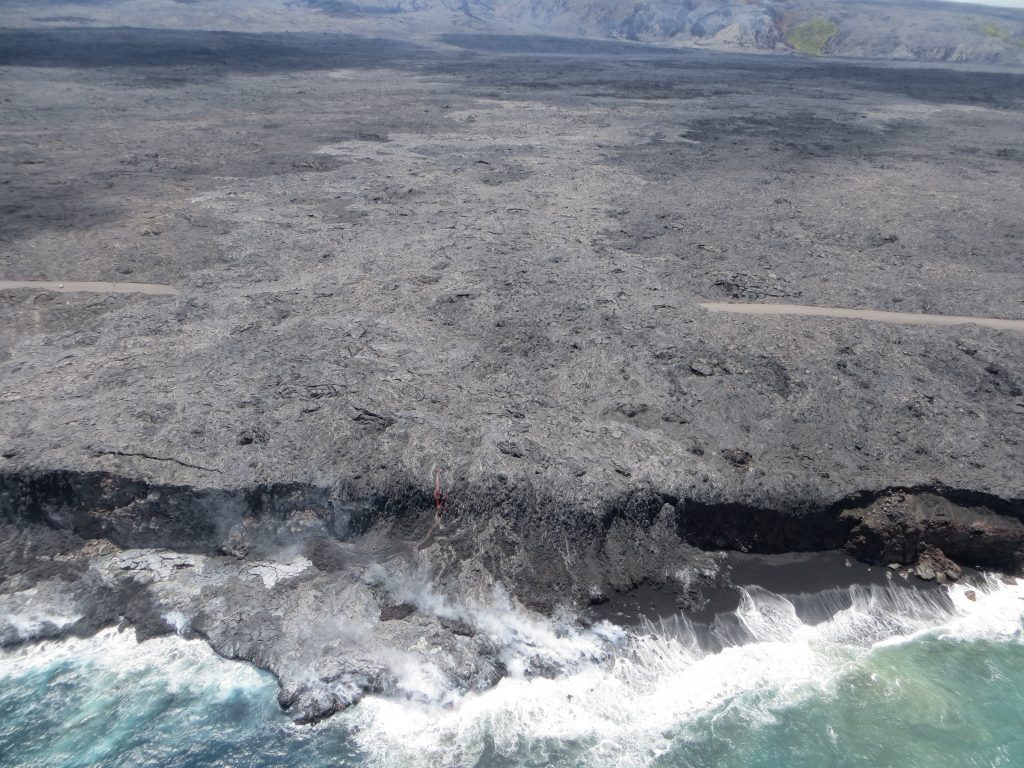 During today’s overflight of Kīlauea Volcano’s “61g” lava flow, the ocean entry appeared less robust, with only one small flow of active lava streaming over the sea cliff. The second, smaller ocean entry point, west of this main entry (noted in our July 29 photo), was not active at the time of the overflight. (8.2.16) Photo credit: HVO/USGS. 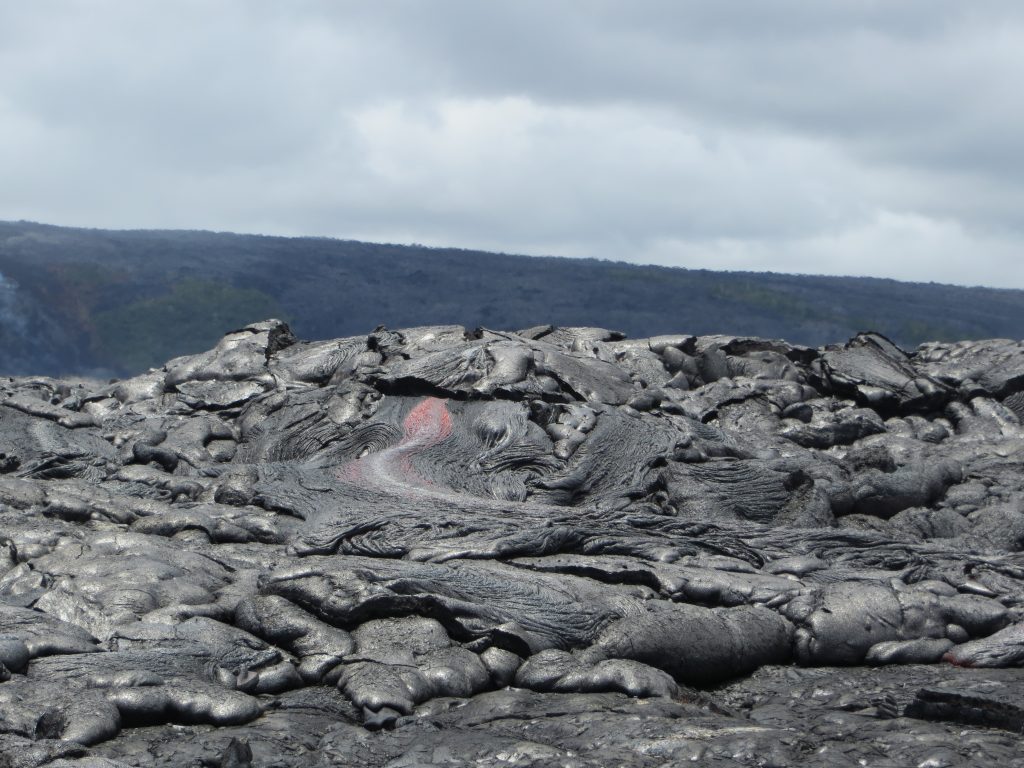 Upslope of the ocean entry, sluggish pāhoehoe lava continued to break out in several places along the margins of the flow. (8.2.16) Photo courtesy: USGS/HVO