One Dead in Honoapiʻilani Accident at Olowalu

Maui police have since identified the operator of a vehicle involved in a deadly crash Friday night on the Honoapiʻilani Highway as 34-year old Brenson Rosario.

One man is dead following a single-car motor vehicle accident reported on the Honoapiʻilani Highway (30) fronting the Olowalu General Store on Saturday, August 6, 2016 at around 9:30 p.m., police said.

A gray F-150 pick-up truck, operated by an adult male, was headed south-bound on the highway when it failed to negotiate a left turn in the roadway and collided with a guardrail.

Police say the pick-up truck then traveled across the on-coming lane and into a second guardrail and overturned and landed on the operator, who was the lone occupant of the vehicle. The operator was pronounced dead at the scene.

The driver was not identified pending notification of next-of-kin.

A preliminary investigation revealed the operator was not wearing a seat belt at the time of the crash.

This was Maui County’s 11th traffic fatality in 2016 as compared to 15 at this time last year. 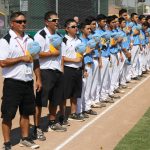 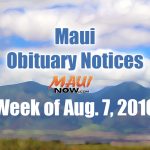