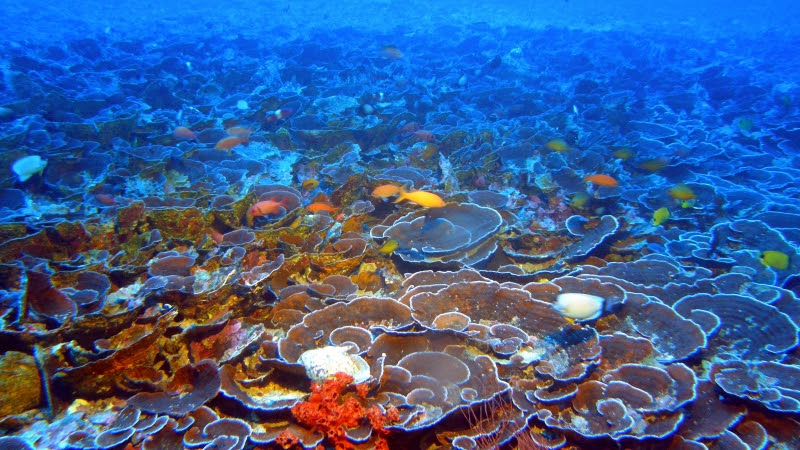 Mesophotic coral ecosystems, such as this one found at 230 feet in Maui’s ‘Au’au Channel, are populated with many of the same fish species found on shallow reefs.(NOAA and Hawaii Undersea Research Laboratory)

NOAA-supported scientists are calling some of the deep coral reefs found in the Hawaiian Archipelago’s so-called oceanic “twilight zone” the most extensive on record, with several large areas of 100% coral cover.

They also found that the deep coral reefs studied have twice as many species that are unique to Hawaiʻi than their shallow-water counterparts.

The findings were published recently in the scientific journal PeerJ.

The extensive study of the Hawaiian deep coral reefs, known as mesophotic coral ecosystems, explores the deepest of the light-dependent coral reef communities found between 100 and 500 feet below the ocean’s surface.  This area is well beyond the limits of conventional scuba diving and is among the most poorly explored marine habitats on Earth.

Of the fish species documented on mesophotic reefs, 43% were unique to the Hawaiian Islands, which is more than double the 17% of unique species found on shallow Hawaiian reefs.

At the northern end of the archipelago, in the recently expanded Papahānaumokuākea Marine National Monument, nearly all of the species are unique to the region, the highest level recorded from any marine ecosystem on Earth. These findings could offer further insight into the monument’s management.

“The waters off Maui present the perfect environment for these mesophotic reefs to exist,” said Richard Pyle, Bishop Museum scientist and lead author on the publication. “The area combines clear water, which allows light to reach the corals; good water flow enhancing food availability; shelter from major north and south swells, and a submerged terrace between the islands at the right depth.”

“With coral reefs facing a myriad of threats, these findings are important for understanding, managing and protecting coral-reef habitat and the organisms that live on them,” said Kimberly Puglise, an oceanographer with NOAA’s National Centers for Coastal Ocean Science. “Some species studied can live in both shallow and mesophotic reefs, and the species could potentially replenish each other if one population is overexploited.”

“There is still so much of our ocean that is unexplored,” said W. Russell Callender, assistant NOAA administrator for the National Ocean Service “Working with academic partners and using innovative technology will enhance our scientific understanding of these important habitats and increase the resiliency of these valuable ecosystems.” 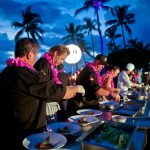 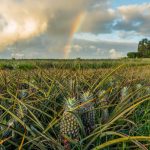