Those are some of the visuals chef Elizabeth Falkner recalls from her visit to Maui 30 years ago. She says it’s still as beautiful as she remembers. Coming here to share her renown culinary talents at the Hawai‘i Food & Wine Festival, her tastes have changed a bit (she’s currently trying “lilikoi everything”) and she packs a healthy admiration for her kindred professional chefs.

“When you do this for a while, you all respect each other so much because we know what it takes. “It’s like we’ve all been in the trenches,” she explains. “People ask me who my favorite chefs are and it’s basically anyone who has the stamina to stay in it, work really hard and learn along with the way.”

Learning is a primary ingredient at the Hawai‘i Food & Wine Festival, celebrating its 6th year as the premier epicurean destination event in the Pacific. Culinary students from University of Hawai‘i Maui College get the special opportunity to work alongside big-name chefs as they prepare their meals.

“Somebody shared with you; it’s your job to share with them, because that’s how you create a legacy,” says chef/owner Michelle Karr-Ueoka of MW Restaurant on O‘ahu, who counts festival chairmen Chef Roy Yamaguchi and Chef Alan Wong as mentors. “My job as a chef is to pass on what they have taught us; sharing the cultures of Hawai‘i: the farmers, the fishmongers, the ranchers.  Because that’s how we stay sustainable.”

“You have an idea of what you want to do, but when you get here and see what’s available, you walk through the walk-in, and you may have worked with some these ingredients or you may not have, but as you play with them then the dish starts to develop,” Lunetta explains.

The festival made Maui its first stop this year, with workshops and dining events around Kā‘anapali from Oct. 14 to 16. There was a golf tournament with casual fare on Friday, a mixology lunch seminar on Saturday called “Scandal: The Dark & Stormy Underbelly of Cocktails” along with a roaming nighttime party at Sheraton Maui known as “A Chef’s Paradise,” and a sit-down, six-course dinner at Hyatt Regency Maui on Sunday called “Soaring Palates.”

Chef Heather Love of Cow Pig Bun in Kīhei got to cook at the golf event.  It was her first time as part of the festival, and one chef in particular was an important inspiration in her life.

“My first introduction to food that wasn’t my father’s was Roy Yamaguchi’s. I volunteered for him about 10 years ago and he taught me how to grate ginger, how to cut fish properly,” says Love, who’s collected books and recipes from chefs Yamaguchi and Wong over the years.  “What they do is amazing; they take these ingredients that no one on the mainland is familiar with and make this amazing food.”

The festival brings together more than 100 chefs from around the country and world, from as far away as Italy, Japan and London. Chef Jose Garces from Philadelphia operates 15 different Latin restaurants across the U.S. But that’s not how he started!

“I was French classically trained, I opened a Greek restaurant, an American bistro, and at a certain point I said, ‘If I’m going to do this for a long time, I really need to be passionate about what I’m cooking,’” Garces explains. “I decided that Latin cooking was the way for me, and that’s been my trademark ever since.”

There are also plenty of experts in the realm of wine and spirits who share their skills, including Fairmont Kea Lani mixologist Aaron Alcala-Mosley, who helped lead the “Scandal” cocktail seminar. He says a restaurant is often only as good as its bar program.

“The first impression you get is your drink; you’re likely to have a glass of wine or cocktail in front of you before you have a piece of food,” he says. “Whereas it’s one composed bite on a fork, we get one sip at a time, and more than likely, people will have four or five cocktails rather than four or five entrées.”

It also formed a partnership with prestigious culinary nonprofit ment’or BKB Foundation to provide two Hawai‘i chefs with an opportunity to train with and learn from some of the best chefs in our country.

“Travel is an important part of a lifelong culinary education, as well as part of perfecting the craft and elevating the profession,” explains Denise Yamaguchi, CEO and founder of Hawai’i Food & Wine Festival. “Often times travel for young chefs in Hawai‘i is limited by resources, and this partnership provides those with great ambition with the fortuitous opportunity to travel and stage in the kitchens of some of our country’s best chefs.”

The festival heads to the Big Island of Hawai’i, then spends the rest of its tour on O’ahu through the end of October. Dates are already set for 2017, when the festival and its outstanding talent will return to Maui from October 20 to 22. 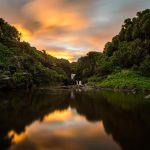 Gusts up to 50 mph Expected Today 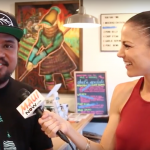