As the last harvest at Hawaiian Commercial & Sugar Company nears its end, we had the opportunity to document some of the work that goes into the operation, and take a tour of the inner workings of the Puʻunēnē Mill.

In the video above, Robert Luuwai, vice president of factory operations at HC&S gives us an inside look at mill operations and a bit of history about the original 1890 building.

HC&S General Manager, Rick Volner tells Maui Now that they are currently working with an asset disposition company that will be coming in to look at the power plant and the mill to see what kind of value can be obtained.

“It’s too early to say for sure if we’ll be able to preserve anything or if we’re going to keep any of the structures.  I think it’s really going to depend on what that asset disposition plan looks like,” said Volner, noting that the company hasn’t really focused on that aspect yet.  “It’s really been get to the end of the year and get our production in as well as take care of transitioning our employees.”

When the time comes, the company will look at disposition options and plans for buildings, roadways and infrastructure involving the Puʻunēnē area. 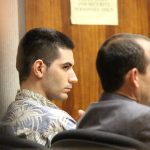 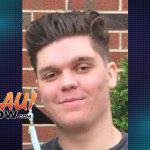