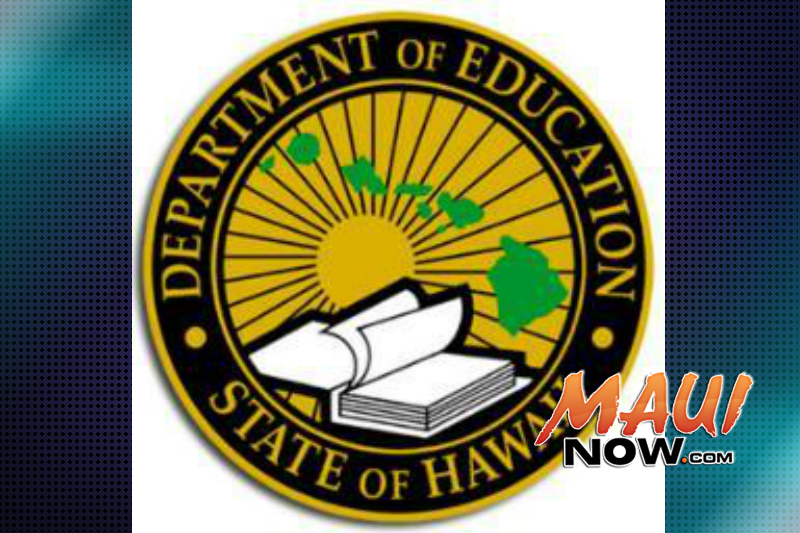 It was closed Monday in light of water concerns in the community.

Maui County officials have assured the Hawaiʻi State Department of Education water at the school is safe for use.

The Hawaiʻi State Department of Education announced that Hāna High & Elementary School in East Maui will be closed on Monday, Dec. 19, 2016, due to a lack of water in the area.

Water conservation requests were initiated in the area on Dec. 12, 2016.

Sources tell us the county is using a new well because they were having problems pumping from the old one.  Authorities advise that there is an electrical problem and not a health issue.

Due to pumping issues, Department of Water Supply customers in the Wākiu area, Hāna School, Hāna Medical Center, Waiʻānapanapa area, and ʻUakea Road will be provided drinking water from an emergency source beginning on Monday, Dec. 19, 2016, for a period of up to six months.

Maui Water Director Dave Taylor tells Maui Now that the new source is a well that has been under development for  number of years as a backup source (or it may actually become the primary source).

“It was scheduled to begin service early next year under normal ‘new source’ procedures.  As it is mechanically and electrically ready to run, we are simply bringing it on -line early.  The State Department of Health is allowing us to do so as long as all the water quality tests are acceptable.  The final approval requires additional paperwork such as approving the written engineering and operational reports,” Taylor told Maui Now.

Taylor noted that this is a permanent well scheduled for start-up early next year.  The DWS is simply starting it a little earlier due to the existing well failure.

County officials say there is no bacteria infection, and drinking water is safe; But due to Dept. of Health requirements there was a need to put out language about using emergency water sources including the following:

This source is currently being evaluated by the Hawaiʻi State Department of Health, but has not yet been officially approved as meeting all drinking water standards. Therefore, customers are advised to keep informed on the quality of their drinking water by contacting the Department of Water Supply, Water Quality Laboratory, at (808) 270-7550. Customers are invited to leave a message with call back information.

If bacteriological samples should indicate the presence of E. coli bacteria, the Department of Water Supply will be responsible for notifying all affected customers. Affected consumers will be advised to boil all water used for drinking or cooking purposes until further notice.

Department of Water Supply customers should make every effort to conserve precious drinking water to minimize their dependence on this emergency source.

Water customers desiring more information should contact the Department of Water Supply’s 24-hour service line at (808) 270-7633 if a water related problem occurs or there are any questions. 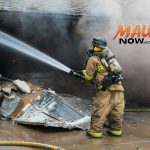 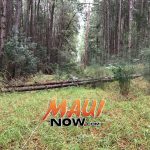 Wind Downs Trees, Knocks Out Power to 3,172 in Kula