Welcome to the underwater world of coral.

“The live food capture is the animal part, the plant part is the photosynthesis, then what’s left behind is a calcium carbonate or limestone skeleton, which is the mineral part,” explains Jim Luecke, assistant curator for Maui Ocean Center.

The animal instinct is clear under a digital microscope, as a mushroom polyp uses its stinging cells to immobilize prey, in this case brine shrimp, then moves its tentacles to bring the food to its mouth in the center.

As for the plant part, Luecke says many people don’t realize that corals use photosynthesis to create 80 to 90% of their own food, in the form of symbiotic algae. This makes access to sunlight crucial, meaning murky water can be life-threatening for coral.

“A lot of development, runoff from rain, brown water advisories; if the coral gets covered with sediment and it gets smothered, it will most likely not survive,” Luecke says.

The mineral component of coral, what many of us are used to seeing, is an important part of the reef ecosystem.

“As the coral grows and leaves behind this calcium carbonate or limestone skeleton, not only is it providing little foods for animals to eat, but the structure of it also is a little house for animals to build their home and/or to take refuge from predators,” says Luecke.

Maui Ocean Center has a special permit to collect coral, which is otherwise strictly prohibited.  The team got to be part of a coral recovery operation at multiple harbors across the state, after damage from the 2011 tsunami.  The labor-intensive process involving wire brushes, epoxy, careful site selection, digital photos and meticulous tracking had Luecke “literally learning something new every day.”  The aquarium credits the Department of Land & Natural Resources Division of Aquatic Resources, DAR Coral Biologist Dave Gulko, Coral Restoration Nursery at Sand Island and the Division of Boating and Ocean Recreation for their help in partnering on the important project.

Around 60% of the coral that’s been transplanted is still growing.  An exhibit at the end of the Living Reef building is now dedicated to the crew’s ongoing work.

“With the admission that people pay to come to Maui Ocean Center, it affords us the opportunity to transplant coral and hopefully make a difference,” says Luecke.

Another way the aquarium is making a difference?  Its brand new nonprofit, Maui Ocean Center Marine Institute, with goals to provide educational opportunities and outreach; to rescue, rehabilitate and release Hawaiian green sea turtles; and to preserve and propagate rare and endemic Hawaiian corals.

Board member Colleen Foster hopes understanding and education will help lessen the damage to our corals, part of Hawai’i’s fringing reefs.

“We have a lot of challenges to the corals here in Hawai’i, with runoff, construction sites, eutrophication, so we have to share with people how important those are to the ecosystem of Hawai’i itself,” she says.

The institute aims to offer full-length internships, for everyone from high schoolers to masters’ degree students.  Foster also hopes a fine-tuned focus on education can help young children remember and share messages of conservation and respect for our oceans.

“That child then becomes aware at an early age of their environment, the animals that are in it, the importance to them, that it really does matter what you do,” she explains.  “That child can take those values and that knowledge back to their parents, and say, ‘Hey, this is important, we need to do this!'”

Part of that awareness can begin with the exhibits, hands-on demonstrations and naturalist educators at Maui Ocean Center, and can deepen with a behind-the-scenes tour of the wet lab and other parts of the aquarium, which has running on an open ocean water system for around 18 years and counting.

“We have a little more than a million gallons of seawater being pumped through the park and all the exhibits as it’s filtered a couple different ways as it comes in, as well as on its way back to the ocean,” says Luecke, who takes pride in giving tour members a sneak peek at their specialties.  “We get to show people all the work we’ve been doing, a number of the selections that we’re interested in, focusing on some of the rare Hawaiian and endemic corals.”

On the behind-the-scenes tour with a marine naturalist, along with the coral care, you can learn about Hawai‘i’s sharks and turtles, explore the curatorial laboratory and assist with a feeding at Hammerhead Harbor and Turtle Lagoon. It costs $14.95 plus aquarium admission; to schedule your tour, go to Maui Ocean Center’s website. 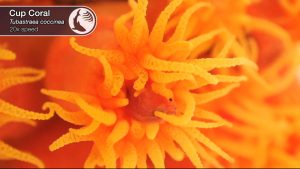 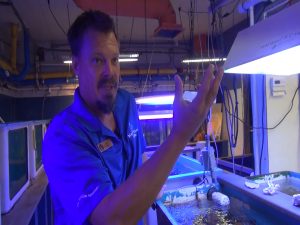 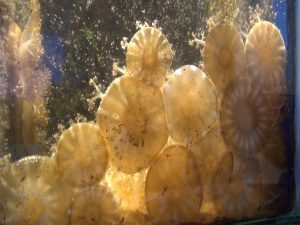 Upside-down jellies, which may be related to coral polyps, in the wet lab, behind the scenes at Maui Ocean Center. Photo by Kiaora Bohlool. 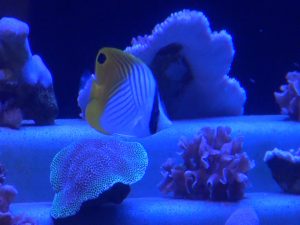 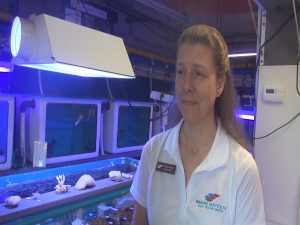 Colleen Foster, on the board of the new Maui Ocean Center Marine Institute. Photo by Kiaora Bohlool. 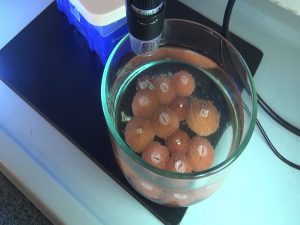 A type of mushroom coral at Maui Ocean Center that may not yet have been described by science. Photo by Kiaora Bohlool. 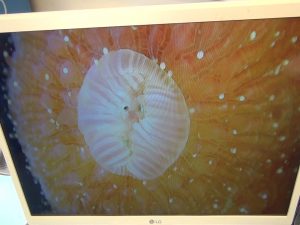 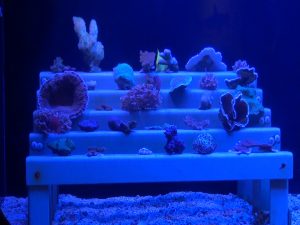 “Caring for Coral” exhibit at Maui Ocean Center showcases some of the species that were salvaged and transplanted after the 2011 tsunami. Photo by Kiaora Bohlool. 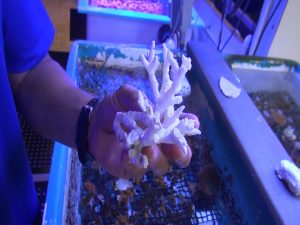 Branching coral, being cared for at Maui Ocean Center in Mā‘alaea. Photo by Kiaora Bohlool. 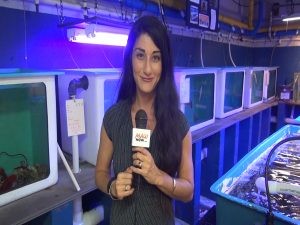 Maui Now’s Kiaora Bohlool, behind the scenes in the wet lab at Maui Ocean Center. 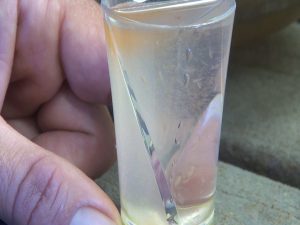 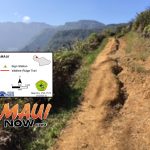