The legislation seeks to provide federal employees with six weeks of paid leave, under the Family and Medical Leave Act, for the birth, adoption, or fostering of a child.

Sen. Schatz said that while private companies across the country are starting to see the benefits of similar practices, the US is still the only industrial nation in the world without a program that gives working parents the time off and income they need to care for a new child.

He said the bill ensures that no federal employee has to make the impossible choice between caring for their family and keeping their job.

Although the Family and Medical Leave Act allows employees to take 12 weeks of unpaid leave to tend to medical and family issues, it does not provide any paid parental leave.  Supporters of the bill say women are most affected by this, as they are more likely than men to have to take this type of leave.

According to the bill’s backers, studies have shown that providing paid parental leave for federal employees would save the government at least $50 million annually in turnover and replacement costs. It could also prevent the departure of 2,650 female federal employees annually, while attracting and retaining talented workers. 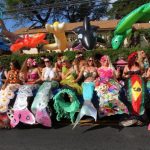 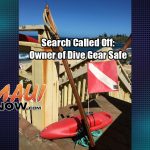