Maui Mayor Alan Arakawa announced the proposed closure of the Waiehu Municipal Golf Course due to continued operating losses.  The announcement was made during the mayor’s 2017 State of the County Address held this evening at the Maui Arts & Cultural Center.

“It is a very popular course for our residents, especially senior and keiki golfers, however it is operating at close to a $3 million loss annually, specifically at a $16.3 million loss over the last 10 years,” said Mayor Arakawa during his address.

“The proposed closure will not result in any layoffs as the 20 park personnel at the course will be transferred to work at other park facilities around the island,” said Mayor Arakawa.

“While this comes as a blow for many local golfers who use the Waiehu course often, the county is proposing to subsidize golf fees for seniors and junior golfers to play at other courses,” said the mayor. 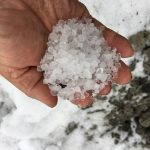 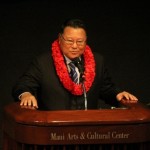