Rep. Tulsi Gabbard (HI-02) responded to the news saying, “Hawaiʻi is a place where people with different ideas, backgrounds, religions, and ethnicities feel welcomed and respected. It’s only right that our Attorney General Doug Chin represent those values in working to stop this blanket travel ban from going into effect. This travel ban is bad policy, plain and simple.”

“Every time our country has targeted a minority group for discriminatory treatment, we have been very wrong, and this Administration’s actions are no different. In finding this Executive Order to be unconstitutional, Judge Watson exemplifies the importance of an independent judiciary,” said Senator Hirono.

Fellow US Senator Brian Schatz (D-Hawai‘i) also released a statement on the ruling relating to the revised travel ban saying that it continues to target Muslims. “I commend the State of Hawai‘i for taking swift action against this unconstitutional order as well as Judge Watson for stopping its implementation. It’s time for President Trump to stop violating the Constitution, and to rescind this latest effort to promote religious bigotry.” 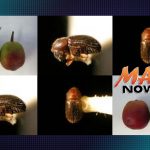 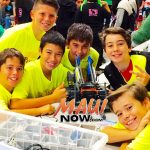