Ask the Mayor: What Can Be Done About ‘Wrong-Way’ Bike Riders?

Q: I ride my bike all over West Maui and often put in 30 to 45 miles per day. Other than the occasional inattentive driver, the worst safety problem is other bicyclists riding the wrong way in the bike lanes. Many times this forces me to move into the vehicle traffic lane to avoid them, which puts my life on the line.

The worst area is between the north end of Front Street and the Kā‘anapali resorts.

The final straw was one of these “wrong-wayers” screaming obscenities at me to get out of his way. Please do something to stop these ill-informed cyclists before someone is injured or killed. Mahalo.

A: I will check with our Maui Police Department Lahaina District about monitoring the area for wrong-way cyclists; however, since MPD cannot be there every time this type of situation occurs, it would be advisable for you to ride slowly and as close to the right side of the bike lane as possible (in compliance with the HRS statute below), and to be prepared to stop if you are approached by a bicyclist proceeding in the wrong direction. This would help to minimize the potential negative interaction of both bicyclists moving toward each other from opposite directions.

If you are traveling correctly with the direction of normal traffic and are harassed, having an on-board video camera to record such interaction could assist in the identification and potential prosecution of the harasser by confirming that the harassing bicyclist was traveling against the flow of traffic and in violation of HRS 291C-245.

Section “e” of this statute specifies that “No person shall operate or ride a bicycle within a bicycle lane in any direction except that permitted of vehicular traffic traveling on the same side of the highway. Upon all bicycle paths of sufficient width and providing for two-way movement of bicycle traffic, bicycles proceeding in opposite directions shall pass each other to the right.” 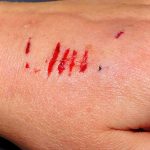 Ask a Maui Doctor: Can I Swim in Oceans or Streams if I Have a Cut? 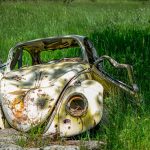 Ask the Mayor: Who is Responsible for Removing Abandoned Vehicles?