A non-profit dance academy in Kula is scrambling to vacate the Old Kula Community Center building that is being condemned by County officials due to the discovery of chipped and deteriorating lead paint.

Patrons of the Alexander Academy of Performing Arts say the building has served generations of young dancers who are now finding themselves without a studio in just one week.

“The most difficult aspect of this situation is figuring out how to move an entire 27 years of history, dreams, and hard work out in seven short days,” said 18-year-old Ashley Krost, who is a current student at the academy.  “The studio has become a second home to many dancers who now have no idea where they will be in a week. In addition, we are just one month from our annual spring show, and rehearsals are in full swing as 150+ dancers prepare for this special event.”

County Parks Director Kaʻala Buenconsejo tells Maui Now that the department has been in ongoing meetings with Alexander Academy of Performing Arts.  He said that in trying to do a request for repairs, a structural assessment and hazardous materials survey was ordered.  The results came back showing a positive presence for lead paint in the structure.

Buenconsejo said that while it isn’t unusual for a building of its age to have lead paint, it was the condition of the paint that was already chipped, which posed a concern for the safety of those within.

In addition to the hazmat results, the structural assessment indicated that there is just one year of life left in the building from an engineering standpoint, and placed total repairs to the building to cost an estimated $1.4 million.

Buenconsejo said the decision was made to immediately condemn the building until repairs can be made. He said that while he understands the frustration of the last minute notice, the urgency to vacate is in the best interest of the children and ballet group using the structure. “We wouldn’t be doing our duty to allow the building to still be open in the condition it’s in,” he said.

Parks officials say they are trying to work with those affected to find other facilities to accommodate their needs.

The Old Kula Community Center is located above the New Kula Community Center and sits on private land that is currently being leased to the County of Maui.  Supporters of the academy say the County’s plans to condemn the building go against the AAPA’s goal of gaining a long-term lease with the hopes of fundraising to restore the structure.

Supporters of the academy say the non-profit, along with volunteers have put in countless hours of labor and money to maintain and make long term improvements in the hopes of obtaining a long-term lease.  Buenconsejo said that the group did their best to maintain the facility, but now they are at a crossroads where the County must address concerns raised.

The notice was reportedly made to the dance academy on Monday, April 24.  Patrons of the studio plan to have a potluck and goodbye gathering at the site on Saturday afternoon, April 29 as the “embrace this change together.”

Krost, who is graduating from high school this year, said she is devastated by the news.  “I
started dancing at AAPA when I was 10 years old, and because of everything I learned from this little studio hidden in the trees, I am fortunate to be majoring in dance in college next Fall. The academy
shaped who I am today, and my story is not unlike the many other dancers who grew up in it,” she said.

According to Krost, Alexander Academy of Performing Arts was born in the 1990’s with the dream of making quality dance training available to everyone.  “Through a tremendous amount of hard work, director Danelle Watson and her students transformed the historic Old Kula Community Center into a non-profit dance studio open to anyone willing to learn.”

She said students ranging in age from three to 70 and coming from all over the island – as far away as Hāna and Kīhei – have traveled to learn in the studio’s friendly, ʻohana atmosphere. “Generations of dancers have passed through the same studio doors, sharing the art of dance from one family member to the next,” said Krost.

An email from the Alexander Academy of Performing Arts stated:  “The most important thing right now is to find a new space Upcountry ideally but we are open and grateful to keep our ʻohana dancing. We will inform you of our plan once we have it figured out on where classes and rehearsals will take place starting May 1–we are still preparing for a show June 3-4. If you have any connections please call and see if we can use their space.”

The email communication also issued a call to action to help the studio move forward and stated:  “This school has too much history and too strong of a community around it to disappear. Mahalo for your support and energy during this challenge; we are confident we will come out of it with grace and a renewed sense of worth for what we do here on Maui.”

The dance academy is looking for a spot Upcountry (preferably in Kula, Makawao, Hāliʻimaile or Haʻikū) that has non-concrete floors and at least 2,500 square feet of dance space.

Anyone with leads on possible options, even if it cannot accommodate the entire schedule above, are encouraged to contact the dance academy via the Alexander Academy of Performing Arts website with suggestions. 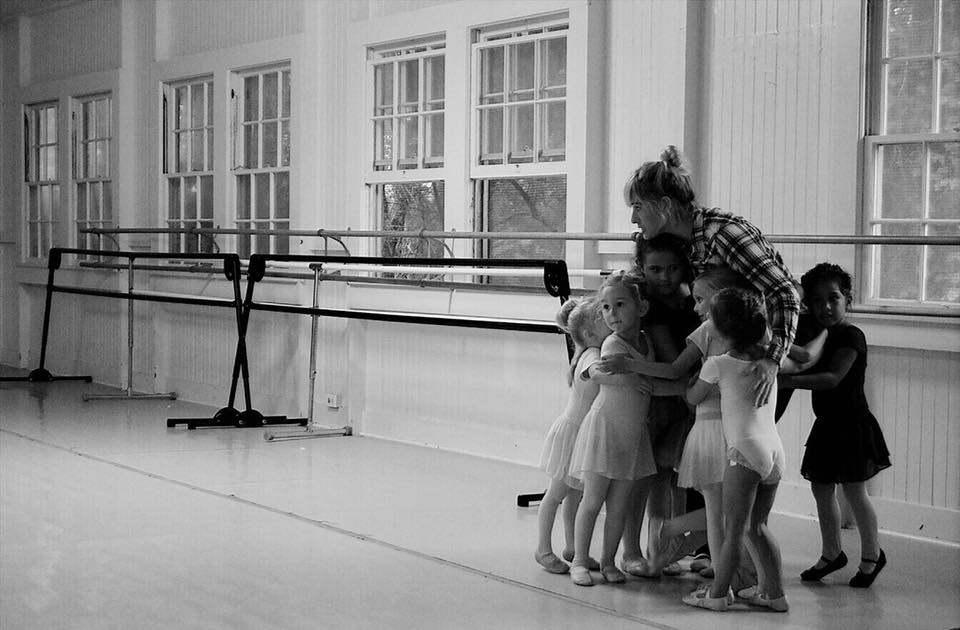 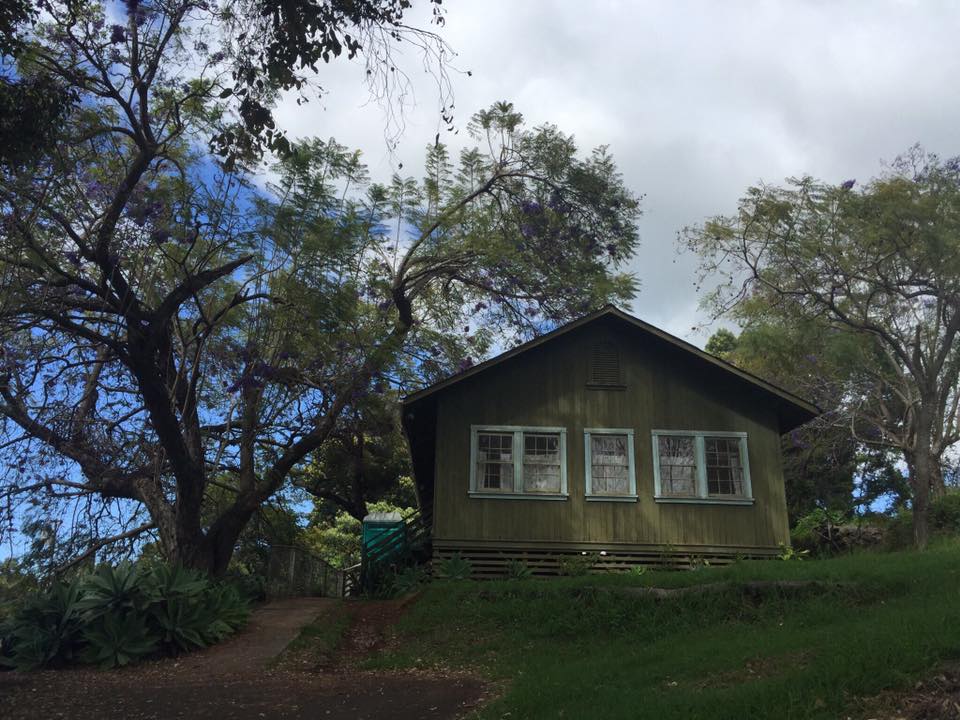 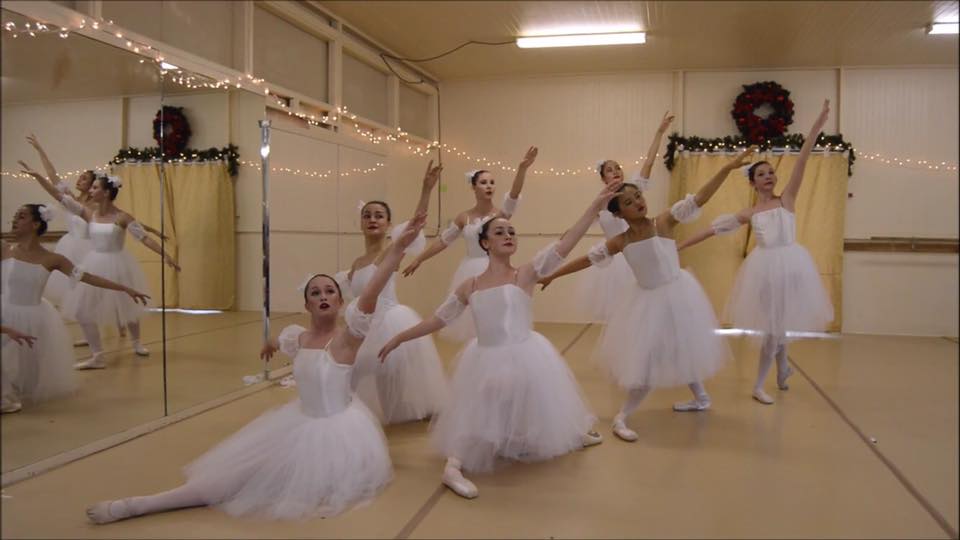 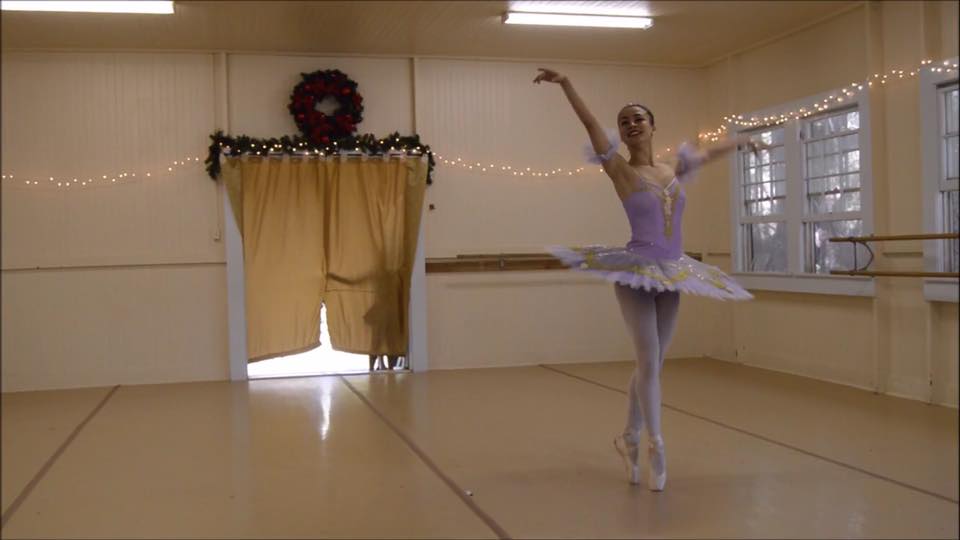 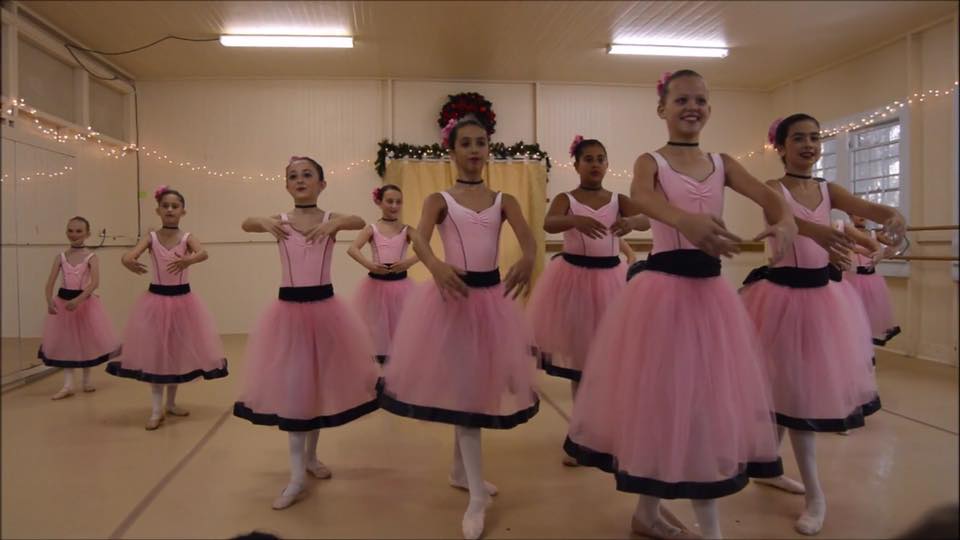 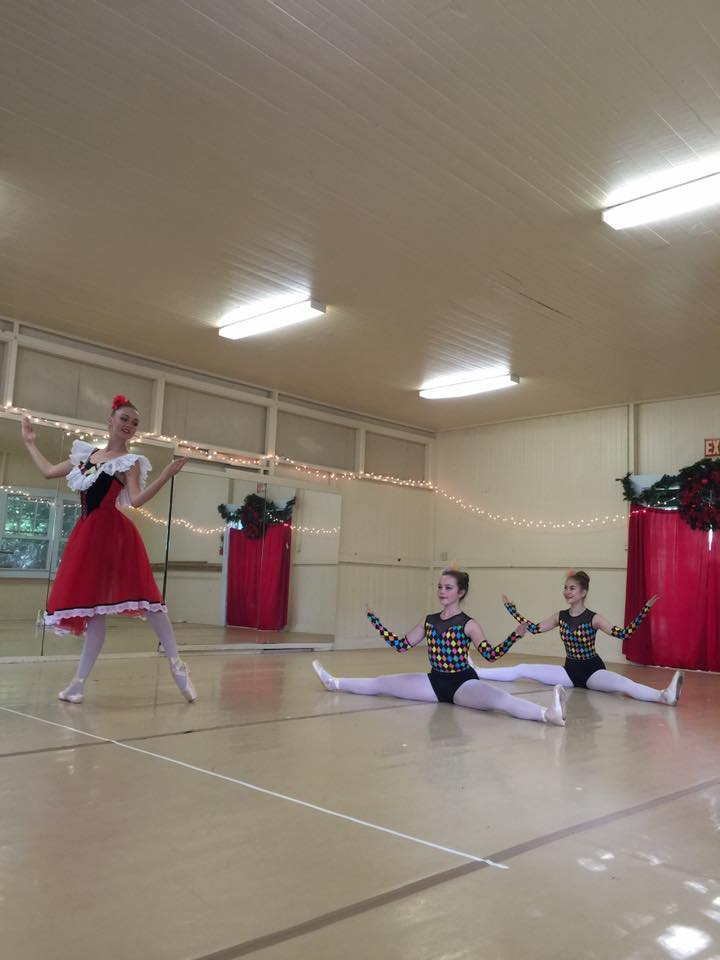 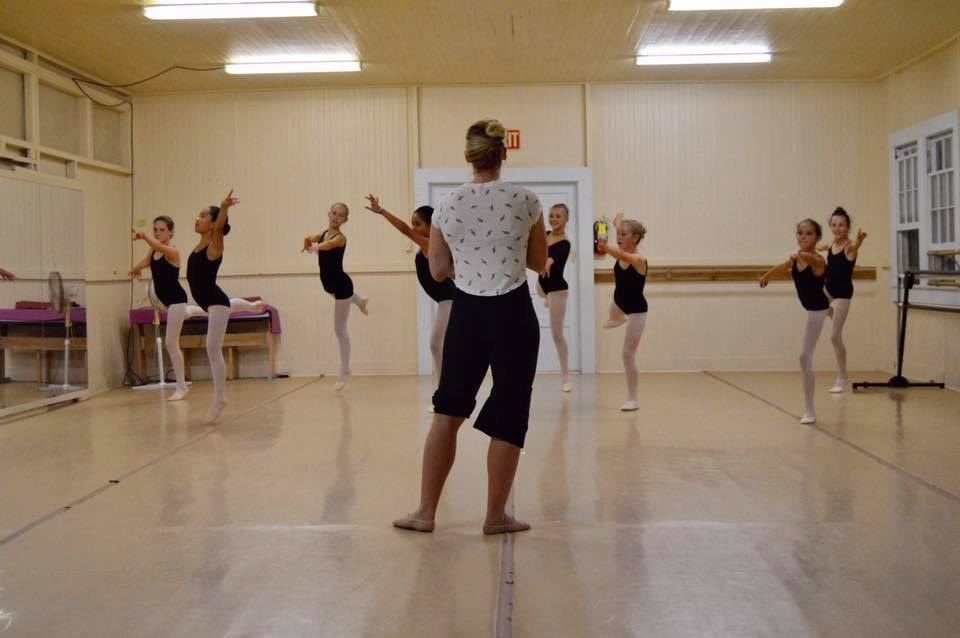 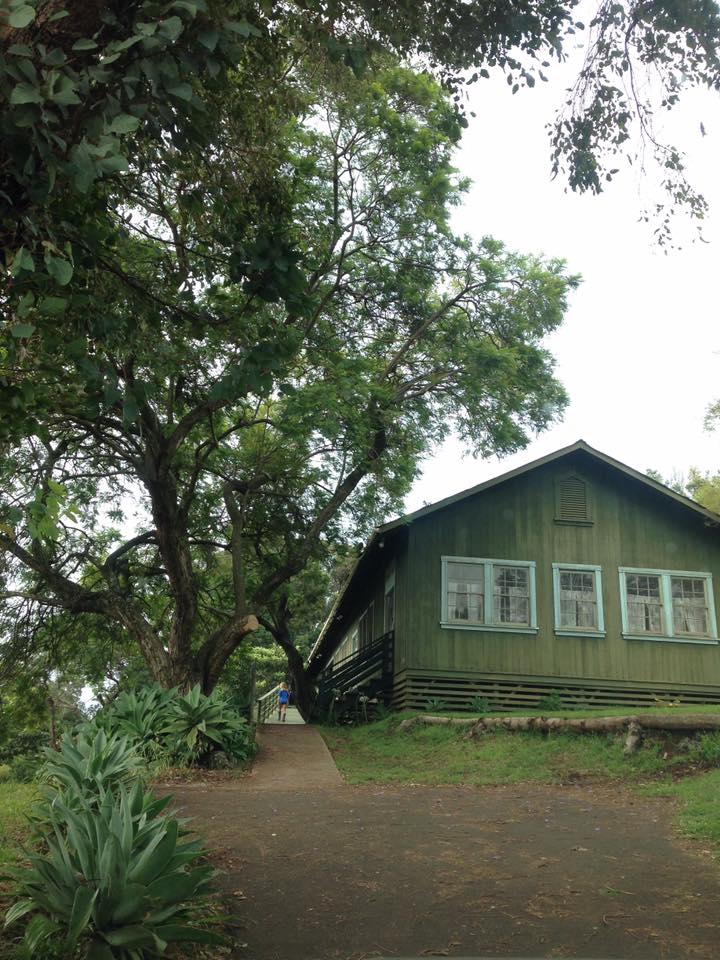 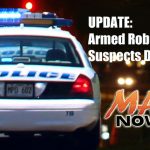 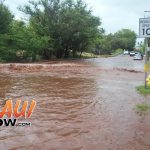