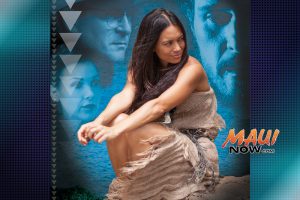 Wailuku filmmaker Writer/Director Brian Kohne tells us his feature film “Kuleana” is ready for release, and will be shared with the public for the first time before a home audience at the 18th Annual Maui Film Festival, which runs from Wednesday, June 21 through Sunday, June 25, 2017.

The film, from Maui filmmakers Brian Kohne, Writer/Director, and Stefan Schaefer, Producer, has been selected to kick off a special Hawaiʻi Filmmakers Showcase at the world renowned open air Celestial Cinema in Wailea at 8 p.m. on Friday, June 23, 2017, as the first film in what will be a three film triple header. 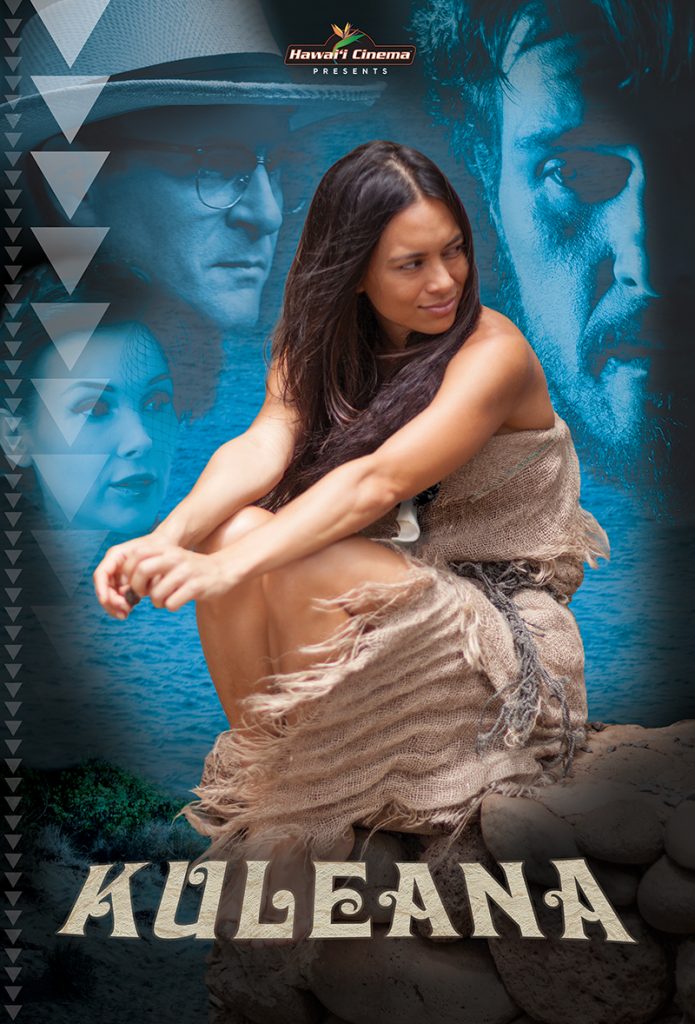 The announcement comes after more than a decade of work, with Kohne beginning his first written draft in 2005.

“It originated 12 years ago.  I was back home, and had no intention of returning home to stay,” said Kohne who said he had always wanted to return to Maui to live, but it was never the right time.

“While I was on Maui, I started waking up in the middle of the night with this flood of stories.  So I’d get up and I’d write it down, and I didn’t know where it was coming from.  Then the next day, I’d read it, and it was very unusual,” he said.

“It’s things that I didn’t know; subjects that I hadn’t considered.  It was clearly, deeply cultural, in a way that I couldn’t have, myself, been responsible for,” said Kohne.

The story essentially led him back home to Maui.  “I feel I was being not asked, but I was being told to take this on,” said Kohne.

Eleven drafts and 12 years later, Kohne is ready to share the film with the world.

Kuleana, as defined in the Ka puke wehewehe a Pukui/Elbert, means a variety of things including responsibility, one Kohne said he felt inclined to release, so it can be shared. Kohne explains, “The lesson that the characters in the film Kuleana learn is that kuleana is a privilege, and not a burden.”

“You only get one chance to tell a story like this, and if you’re going to work with something like kuleana, you’ve got to put your best foot forward,” said Kohne.

Kuleana stars Kristina Anapau, Moroni Kanekoa, Sonya Balmores and features Augie T, Branscombe Richmond and Kainoa Horcajo in supporting roles.  It has a list of some 150 actors and actresses, primarily Maui residents.  While three of the leads were brought in from California, Kohne explains they are originally from Hawaiʻi, and everyone cast in the film is either from here or is a resident.

When asked about the benefits and disadvantages of producing a film entirely in the Hawaiian Islands, Kohne responded saying, one of the tricks of the local filmmaker is to figure out what those advantages are and leverage them.

“In our case it’s the overwhelming support we received from our community.  If we were simply a production from out of state coming to produce a film like this on Maui, we’d generally have to pay for locations and all products and services, so the budget would be really big.  We were able to use our local connections to move mountains and make miracles and make a really big film for a very responsible budget.

The film, whose title explores the topic: “Protect Our Family, Defend This Land,” is a concept that has been attempted in the past by mainland based filmmakers, but being a completely Hawaiʻi-based film, Kohne says, makes a world of difference.

While Kohne was born on Maui and spent his childhood here, he only recently moved back 12 years ago.  “I’ve been working really hard as a storyteller to start to understand that.  But, you know, how can you translate our world view–our perspective–into motion pictures and television?  It’s so often that outsiders come and they tell our story.  All they are doing is observing our behaviors and our attitudes,” said Kohne, but he said, “Even with the best of intentions, an outside perspective can not become a surrogate for something authentic.”

“I think that we’ve been working at it for long enough now, where there’s a lot of people that worked on Kuleana not only behind the camera, but in front of the camera, that are starting to become more comfortable with finding that sweet spot where maybe it’s still universal, but it’s still uniquely us,” said Kohne.

The film, as Kohne explains, is based on Maui in 1971.  “It’s about a disabled Vietnam vet who must rediscover the Hawaiian warrior within in order to protect his family, defend their land, and clear his father’s name.  He finds himself a suspect in a murder case.  So it’s sort of a tropical nior,” said Kohne.

Maui resident Kainoa Horcajo, who was cast in a supporting role of Bill Kanekoa said, “We always talk about telling the story in our perspective–and I think a large part of that perspective is telling it in our language.  So having olelo Hawaiʻi in it is just as (much) an integral part of the movie.”

Horcajo said producers reached out to Kuʻi Gapero, who helped to shape the lines so that they made sense, “but that they also had this mana leo–this native speaker poetry to it.”

In the movie, Horcajo explains, his character if a father and school teacher in Hawaiʻi in 1959, and was fired from his teaching position for teaching the Hawaiian language.  “He was sort of that stalwart defender of the Hawaiian culture at a time and era where–this was pre-Hawaiian Renaissance, this was a lot of shame and emotion tied up in being proud of the Hawaiian culture.  Today, we’re so proud and we emphasize our Hawaiianness, and at that time, it was not (the case),” said Horcajo, who described his character as “one of those torch bearers.”

“He was trying to pass that down to his family and make sure they understood not just the importance of the culture, and the importance of where they came from, but why that should be central to who they are and influence what they do in this life,” said Horcajo.

Also in the film, childhood friends Nohea and Kim share a common nemesis: Kim’s father, Victor Coyle who blatantly exploits the land and the people he has managed to usurp and control.  Coyle then hatches a scheme to control the island’s water supply.  Ancestral spirits and modern day warriors also contribute to the fight as Nohea and Kim learn the most important lesson: “kuleana is not a burden; it is a privilege.”

But Kohne said, “I can tell you that after 12 years, at times, Kuleana has been an amazing burden, and is only now really becoming a privilege–now that we’re though the work and 500 people or more on this island alone have worked on this movie to date.   So it’s really not a work of mine.  It’s a work of ours, and oh so many have a hand in it.”

The other two features showing with “Kuleana” will be reveals over the coming weeks by the Maui Film Festival along with the more than thirty additional feature films and shorts that will round out the festival’s 2017 Film Program.

Festival Director Barry Rivers said, “I’m beyond excited to be able to finally have a Maui bred, born and raised feature film celebrate its Hawaiʻi Premiere at the Celestial Cinema.  Beyond how well done this film is, it will set the bar high for Maui filmmakers to bring their dreams to life  and have the same thrill that Brian and Stefan and their “Kuleana” ‘ohana will share with Maui and soon thereafter to share with the world.”

Rivers founded the Maui Film Festival [1] in 2000 as a festival committed to the celebration and exploration of cinema at the intersection of smart and heart. The Festival’s mission is to share exceptional cinematic vision in the service of compassionate and transformative storytelling with a diverse audience who both call Maui their home and their home away from home.