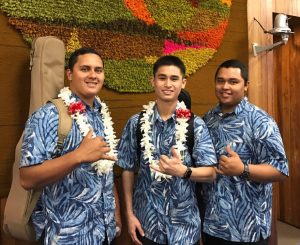 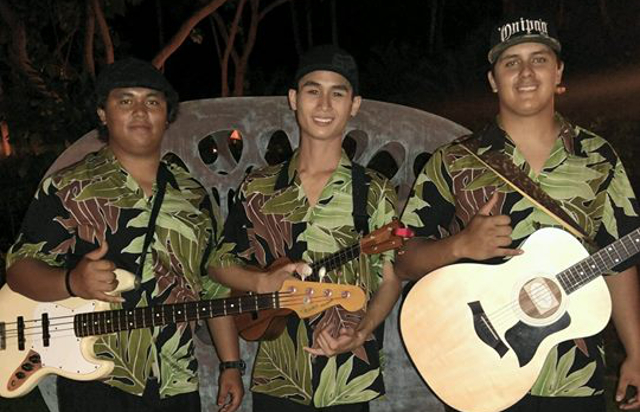 The Hawaiian musical talents of Nā Wai ʻEhā will headline the Lahaina Restoration Foundation’s free monthly Hawaiian Music Series concert on Thursday, May 25 from 6 to 7:30 p.m. in front of the Baldwin Home Museum at the corner of Dickenson and Front Streets in Lahaina.

Named Nā Wai ʻEhā after the four sacred waters of Maui — Wailuku, Waikapū, Waiehu and Waiheʻe — the young trio comprises brothers, Kamalei and Kamaehu Kawaʻa, and Kason Gomes, who were all born and raised on Maui.

Their music features the stylings of what is known as the “new traditionalists” — young musicians who sing and play classic Hawaiian music. Inspired by their predecessors, the trio highlights classic songs from their kūpuna such as “Pua ʻAhihi,” “Ke Aloha” and “Aloha Ka Manini” along with contemporary Hawaiian tunes like “Ka Uluwehi O Ke Kai” and “Lāʻieikawai.” With a strong foundation built on faith and family, their performances include a few time-honored Hawaiian hymns as well. 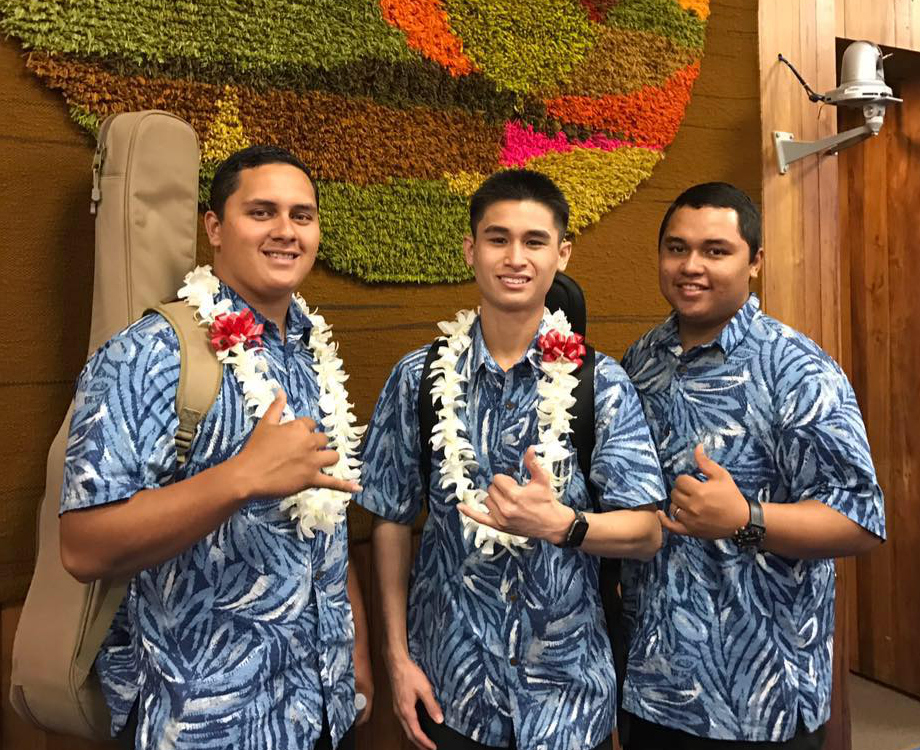 Band leader Kamalei Kawa‘a plays guitar and sings vocals. Kamaehu Kawa‘a plays electric and upright bass. The brothers are fluent in Hawaiian language, dance with Hālau Kekuaokalāʻauʻalaʻiliahi, under the direction of ʻIliahi and Haunani Paredes, and have competed in the Merrie Monarch Festival since 2012.

Kason Gomes plays ‘ukulele and is studying Hawaiian language at the University of Hawaiʻi Maui College.

Kason and Kamalei were high ranking contestants in the Festivals of Aloha Richard Hoʻopiʻi Falsetto Contest.

Limited seating is provided on the lawn; blankets, mats and low beach chairs are welcome.