We spoke with Dr. David Ulin, Chief Medical Director, Maui Health System today to gain some insight into what Maui residents can expect as the transition takes place, and what kind of services are being offered.

The state approved of the management transition under a public private partnership passed in the legislature and signed into law by the governor.

In 2015, the State of Hawaiʻi passed Act 103 allowing Maui Region to pursue public private partnership to promote a more sustainable model of healthcare for our residents and visitors.

Hospital executives noted that the reimbursement for the MMMC has been declining, and Maui’s remote location also makes it difficult to attract all of the specialty services that are needed.

In September of 2015, the Maui Region Board of Directors selected Kaiser Permanente to assume operation and management of the Maui Region, setting a transition date of July 1, 2016. The transition was delayed when UPW sued the State to stop the transition, but the 9th Circuit Court of Appeals dissolved the injunction in August (2016) to allow transition activities to resume.

Maui Region employs over 1,500 people, and serves over 11,000 inpatients with more than 45,000 people visiting the emergency room each year. MMMC is a Level III Trauma Center, with the 2nd highest acuity and 2nd busiest ED in the state. 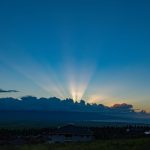 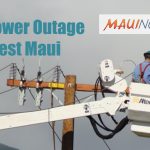