12 Fires, 1 Injury During Fourth of July Holiday on Maui

Maui firefighters responded to a total of 12 fire incidents and one fireworks-related injury in Maui County over the 4th of July holiday. 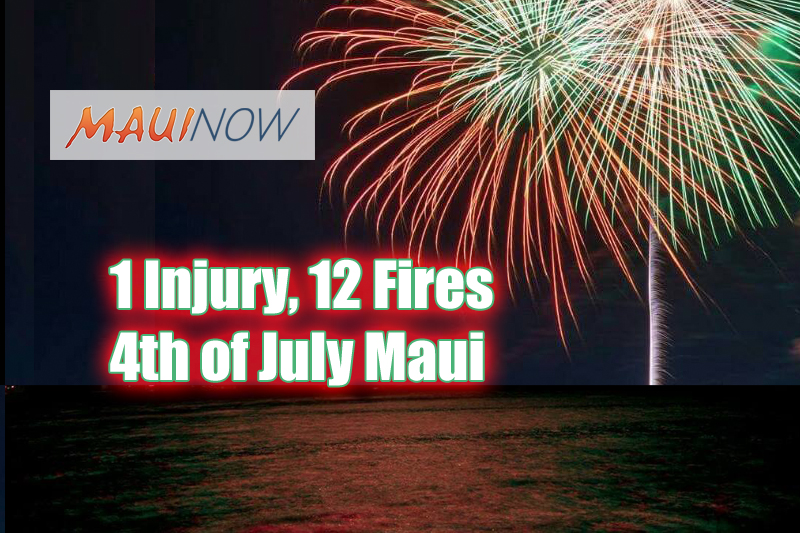 Authorities say an 8-year-old girl was brought to the Makawao fire station by her parents after sustaining partial thickness burns to her upper back. Fire officials say the injuries occurred when a firework “jumped out of a fire” and landed in the girl’s hooded shirt. Paramedics treated the girl, who was released back to her parents after they declined her transport to the hospital.

According to Maui Fire Services Chief Edward Taomoto, six of the incidents were trash fires in rubbish bins or other outdoor areas. Three of the trash fires had undetermined causes and three were believed to be fireworks related. All took place on Maui, in the areas of Wailuku, Wailea, Kīhei, and Honokōwai.

There were also five brush fires. One occurred on Ala Ekahi St. in Hoʻolehua, Molokaʻi and was the only brush fire related to fireworks. Fire officials say the incident is believed to have been started by aerial fireworks.

The four other brush fires occurred on Maui, in Kīhei, Kahului, and Puʻunēnē. Three of the fires were smaller than 1,000 square feet and one was around five acres in size. Three had undetermined causes and one was determined to be intentionally set after a witness reported seeing a male individual ignite the brush near the canoe hale on North Kīhei Road, and then flee the scene.

The five acre brush fire occurred at 11:27 p.m., July 4, off of South Firebreak Rd. next to the Hawaiian Cement facility, a mile east of Mokulele Highway. The cause of that fire was undetermined. Two engines and two water tankers from Kahului and Wailea remained on scene to mop-up the area until noon on Wednesday. 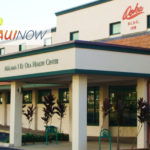 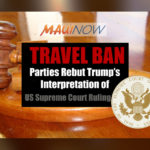