52-year old Maui resident, Mark Simonds, was charged today with multiple violations of the Maui County Code’s leash laws and one count of failing to properly register one of his dogs.

According to the complaint, Simonds failed to keep his two dogs under restraint, as required by law. The alleged violations occurred at various times between August 2016 and May 2017. The complaint also alleges that one of his dogs was not properly licensed.

The applicable sections of the Maui County Code, as described in the complaint, are punishable by up to a $500 fine for each violation.

He was also charged with one count of intentionally, knowingly, or recklessly owning, keeping, or harboring a dog over four months of age, within the County without the dog being licensed, in alleged violation of 6.04.020(A) of the Maui County Code.  That alleged violation occurred from April 20 to and including May 27 of 2017.

County law defines “Under restraint” as meaning “kept on real property with the express consent of the property owner, in a manner which prevents the dog from exiting the property of its own volition. Examples shall include, but not be limited to, fully enclosed property, kennels, and tethers; or kept secured by a leash or lead of not more than ten feet in length held by or tied to a responsible person.”

If convicted, the defendant will be subject to sentencing as a first offender.

The case was referred to the Department of the Attorney General by the Prosecuting Attorney of the County of Maui.

*Simonds is presumed innocent unless and until he is found guilty beyond a reasonable doubt. 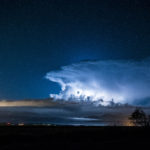 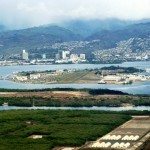