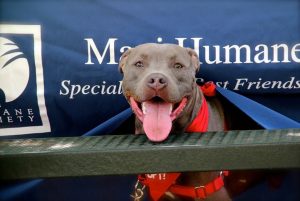 The Maui Humane Society announced it has achieved a 92% Live Release Rate for dogs in Fiscal 2017, meaning more than nine out of every ten dogs who entered the shelter were either adopted, transferred to rescue partners for adoption, or returned to their owners. 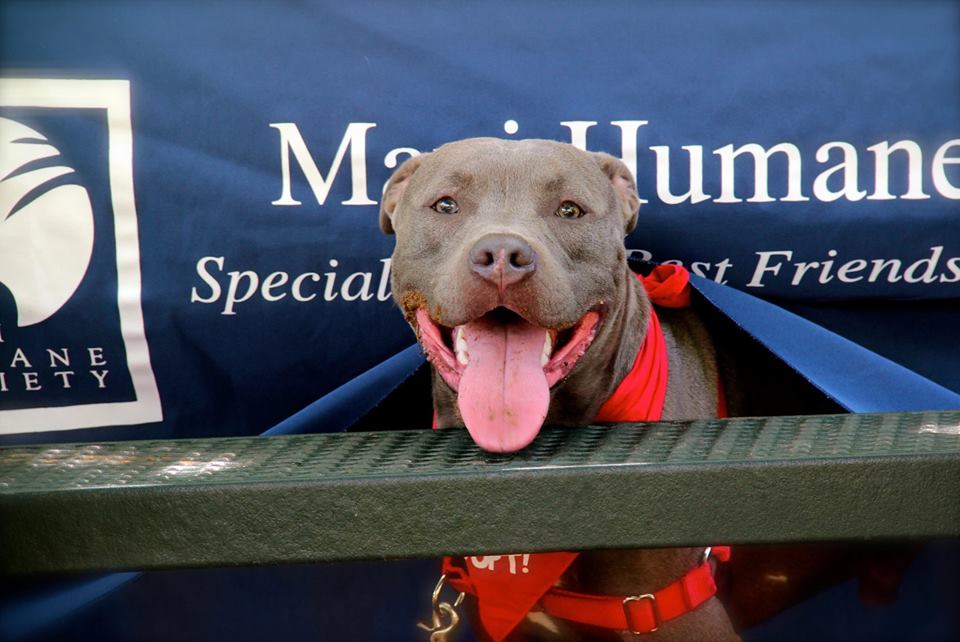 Nine out of every ten dogs who entered the shelter were either adopted, transferred to rescue partners for adoption, or returned to their owners. Maui Humane Society. Courtesy photo.

MHS added that 100% of healthy dogs have been saved this past year, with only dangerous or “end of life” dogs (with no hope for quality of life) considered for euthanasia.

In recent years, MHS has taken steps towards implementing more forward-thinking practices and programs and by doing so the Live Release Rate for dogs has climbed from 65% in 2014 to 92% in 2017.

“Achieving a 92% Live Release Rate for dogs is not a destination or one-time designation; rather it is a continued journey that must be maintained,”said Jerleen Bryant, CEO, Maui Humane Society. “We have hundreds of animals coming through our doors every single month, nearly 20 every single day. Maintaining and improving our high Live Release Rate takes daily commitment from shelter staff, rescue organizations, adopters, and the public.”

Bryant added that while the Maui Humane Society is not an official participant of the “No Kill” movement, all of the conditions and programs collectively referred to as the “no kill equation” are actively applied at MHS, and the agency is committed to saving as many lives as possible.

MHS says that each animal is treated as an individual upon intake and outcomes are determined by health and behavior. Animals receive medical care as well as exercise, training and socialization based on the animal’s individual needs and there is never a time limit for any animal at the shelter.

“Our Live Release rate for dogs is an amazing accomplishment, but we aren’t done yet,” Bryant said. “Cats are not far behind. We are on the cusp of achieving these same results for Maui’s cat population through promising new programs and innovative thinking at MHS.”