The voyaging canoes Hōkūleʻa and Hikianalia will depart Oʻahu on Wednesday, Aug. 16, for the first time since arriving home on June 17, to begin the Mahalo, Hawaiʻi Sail. 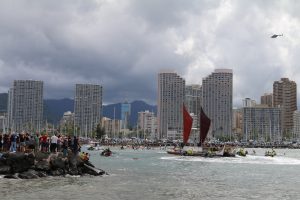 The Polynesian Voyaging Society says that the eight-month statewide Sail will give the crew the opportunity to thank Hawaiʻi’s people, bring Hōkūleʻa and Hikianalia home to all of Hawaiʻi, share lessons learned from the Mālama Honua Worldwide Voyage, and deepen the organization’s connection and understanding of the important work being done on the islands to care for the earth.

“Now that we have returned from our three-year voyage around the world, we are looking forward to reconnecting with and thanking the people of Hawaiʻi,” said Nainoa Thompson, president of PVS.

The first stop will be at Honolua Bay, where Hōkūleʻa first launched for her maiden voyage to Tahiti in 1976. On Saturday, Aug. 19, crew members will join the West Maui community and participate in a project to plant 4,000 Koa trees and thousands of other native plants in the Puʻu Kukui Watershed Preserve ma kai conservation area.

PVS says that Koa trees were used to make voyaging canoes, and today there are few of the native trees remaining which are large enough to do so.

Hōkūleʻa and Hikianalia crew members will be engaging with schools and the community in West Maui where they are scheduled to conduct presentations and canoe tours (see detailed schedule below).

After the Honolua Bay visit, the canoes will continue to approximately 40 additional ports and connect with nearly 80 communities throughout the Hawaiian Islands.

“It’s also time now to discover and shine the light on what people and organizations are doing to turn inspiration into action for the betterment of our island home and the earth. This first engagement planned at Honolua Bay and Waokele ʻo Honolua by the West Maui community is an example of what we are hoping to support during this sail,” Thompson added.

During the port visits, PVS will engage with schools and organizations through outreach events, service projects, crew presentations and canoe tours.

The Honolua Bay event is in partnership with the Maui Land and Pineapple Company, Inc. through the conservation department of the Puʻu Kukui Watershed Preserve, State of Hawaiʻi DLNR, The Nature Conservancy of Hawaiʻi and Kamehameha Schools Maui. 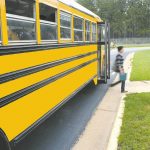 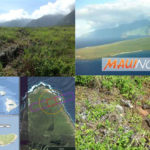 Plans for Former Makanalua Bombing Range to be Discussed