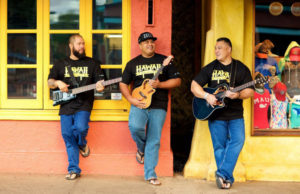 Matagi is the name for a trio of Maui musicians: Marvin Tevaga, Kalani Miles and Kimo Brehm. Photo Courtesy

The trio Matagi will headline the Lahaina Restoration Foundation’s free monthly Hawaiian Music Series concert on Thursday, Sept. 28, from 6 to 7:30 p.m. in front of the Baldwin Home Museum at the corner of Dickenson and Front Streets in Lahaina.

Meaning “wind” in Samoan, Matagi is the name for a trio of Maui musicians: Marvin Tevaga, Kalani Miles and Kimo Brehm. The trio have performed together for years at venues throughout Maui, pleasing crowds with a variety of musical genres while sharing a common musical bond in vocal harmonies and rhythms.

In 2016, Matagi released its debut album entitled, “Valley Isle,” which blends a signature of Hawaiian, Samoan, Tahitian and island contemporary sounds in covers and original songs. The band members take you on a journey through Polynesia and back to a nostalgic era with contemporary beats put to Hawaiian music legend, Ernie Cruz Jr.’s “You Don’t Write” as well as timeless classics like Elvis Presley’s “Can’t Help Falling In Love With You.”

Marvin Tevaga’s love for music began at the age of eight when he picked up the ‘ukulele for the first time. He has been perfecting his talent and performing ever since. As a Samoan growing up in Hawai‘i with many diverse cultures, he redefines songs in his own style. Marvin regularly entertains as a wedding musician.

Kalani Miles is an accomplished guitarist who enjoys performing for couples during their wedding ceremonies. Maui native Kimo Brehm, a bass guitarist, performs at special functions with island musicians. 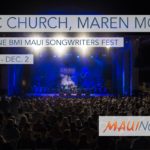 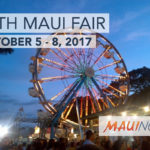