Maui Ranks No. 1 US Destination for Fall Travel

Maui was rated the most popular domestic destination for Fall travel bookings and beyond, according to the 2017 Fall Travel Trends Survey released by Travel Leaders Group. 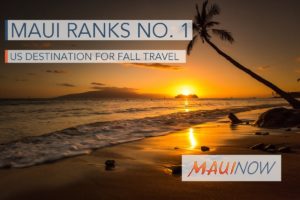 Over one-thousand travel agency professionals were surveyed and found Maui to be No. 1 for the second straight year for Fall travel.

“The domestic results indicate that Maui, which has long been a sought-after destination for American travelers, has staying power, but Orlando remains a close second,” said Travel Leaders Group Chief Executive Officer Ninan Chacko. “The quick return of Walt Disney World and Universal Orlando Resorts to normal business hours after Hurricane Irma is a sign of the continued interest travelers have in the destination.”

Caribbean cruises eased into the top international spot from its second-place position last year. The results show a 15.6% increase in bookings by American travelers for cruises to the Caribbean islands. Americans also indicate a 10.6% increase in plans to travel to Europe within 12 months. Rounding out the top 5 international destinations are Cancun, Mexico; London, England; Rome, Italy; Punta Cana, Dominican Republic.

“The jump by Caribbean cruises from second place is not surprising given the good value for the money. Domestically, Alaska cruising holds its spot in the top five among US vacation destinations,” said Chacko. “While some Caribbean islands were devastated by recent hurricanes that struck after the survey began, many Caribbean destinations remain unscathed and the cruise industry is responding well with itinerary changes that substitute other ports in less impacted areas. The survey results are, therefore, a fair indicator of expected demand for Caribbean vacations.”

Chacko added: “The cruise industry and the travel and tourism industry are stepping up to assist affected islands on the path to recovery and we look forward to doing all we can to aid in those efforts.”

Agents were also asked about the timing of upcoming leisure travel for the majority of their clients headed to Europe. Results show that 84.5% were planning to go to Europe any time from “right now” to within 12 months. That’s a 10.6% increase over last year. 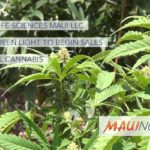