Countdown to Kapalua: 4 Former Georgia Bulldogs to Compete in Tournament 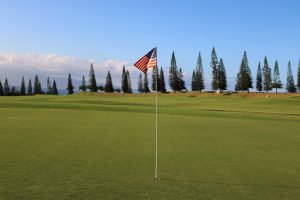 American Flag on the 18th Green of the Plantation Course

The Georgia Bulldogs football team is set to compete in the SEC Championship game on Saturday, Dec. 2, with a chance to play in the College Football Playoff in the first week of January.

Four former Bulldogs—Russell Henley, Hudson Swafford, Brian Harman and Kevin Kisner—have already secured plans for the first week in January with trophies of their own.

All four former Georgia players will be heading to Maui for the Sentry Tournament of Champions at the Plantation Course at Kapalua after securing entry into the winners-only field with PGA TOUR victories during the 2017 calendar year.

This installment of the Countdown to Kapalua looks back on the victories by the four former Georgia Bulldogs.

Despite a first-round 59 from Adam Hadwin, Swafford birdied two of his last three holes in the final round to win his first career PGA TOUR title at the CareerBuilder Challenge. Swafford’s one-shot victory over Hadwin came courtesy of a 5-under 67 in the final round, emerging with a win in his fourth year on the Tour.

With the victory, Swafford earned his first trip to the Sentry Tournament of Champions.

“They don’t give them away out here,” Swafford said after his win. “It’s not easy, I’ve been close, I’ve been in the heat lately, just keep giving myself, keep putting myself in position, and this just feels unbelievable.”

Entering the final round of the Shell Houston Open four shots back, Henley quickly ran down the leader Sung Kang with birdies on five of his first eight holes. But after a disastrous double bogey at the par-3 ninth from the greenside bunker, it looked like his early charge might be all for naught. It wasn’t as though Henley was just getting started, however, rolling in three consecutive birdies en route to a final-round 7-under 65 and a three-shot victory.

With his third career PGA TOUR victory, Henley earned his third trip to the Sentry Tournament of Champions, which he nearly won in 2015 after finishing one shot back of the eventual champion Patrick Reed in a tie for third.

“Hasn’t really hit me yet,” said Henley after his victory in Houston. “Last year was a little bit of a struggle for me. I think I missed nine of the first 10 cuts. And as a competitor and a golfer, I feel like, you’re always going to be harder on yourself than everybody else is, and I just didn’t know what happened. And so a year later I’m holding up the trophy here, it’s pretty special.”

Three years between trips to Kapalua has felt like an eternity for Harman. After posting his first career victory on the PGA TOUR in 2014, he started to get the same old question: When are you going to win again?

Courtesy of back-to-back birdies to close, including a 30-foot clutch putt at the last, Harman won the Wells Fargo Championship to deny Dustin Johnson a chance at a fourth straight victory.

“Number one, you can make all these excuses. Oh, is that the only one that’s going to happen or whatever. But number two feels really good,” Harman said after his win.

With two runner-ups already in 2017, Kisner was determined to avoid another at the Dean & Deluca Invitational when he headed to the last with a one-shot lead.

He did after holing a five-foot par putt on the 72nd hole for a one-shot victory. With his second career Tour victory, the former Georgia Bulldog earned his second trip to Maui and the Sentry Tournament of Champions, where he finished in the top-10 in his first trip with a ninth-place finish.

“Probably one of the best perks of winning on the PGA TOUR is to go to Maui,” Kisner said. “Get ready, I’m coming early, right after Christmas, so you’re going to get sick of seeing me over there.”

Tickets are available here or via Ticketmaster. Fans are reminded that each year, youth 18 and younger are admitted free of charge to the tournament when accompanied by a ticketed adult. 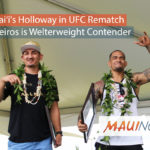 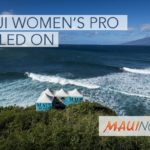