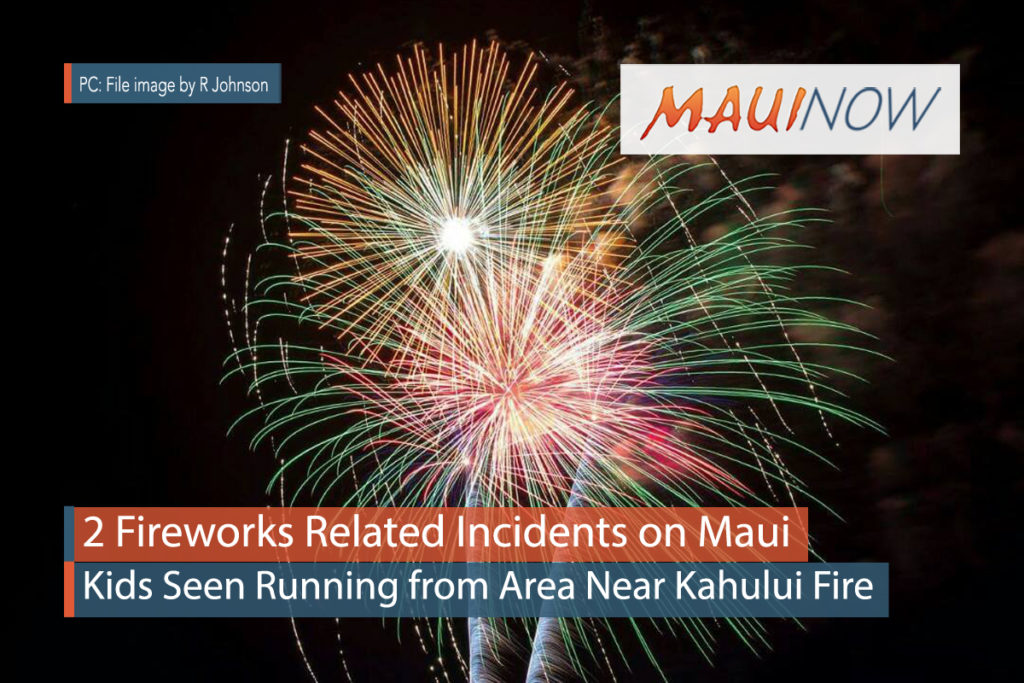 One brush fire was on Pōlani Street and the other was in behind homes on Makliʻi Street near the Maui Lani Golf Course. Only the Pōlani Street fire could be confirmed as fireworks related, where children were seen playing and running away after the fire started.

The rubbish bin fires were reported in Kīhei, Lahaina, Kāʻanapali, Nāpili and Pukalani. Only one was confirmed as fireworks related.

A trash can next to a home on Wena Place in Nāpili caught fire and burned two other trash cans and the side of the home. The homeowner said expended fireworks thought to be extinguished, were discarded into the trash can, resulting in about $2,000 in damage to the home siding and three trash cans.

There were no fireworks related injuries or medical health complaints across Maui County during the same period between 8 a.m. New Years Eve on Dec. 31 until 5 p.m. New Years Day on Jan. 1, 2018.

Meantime, on the Big Island of Hawaiʻi, a 40-year-old man was injured when an aerial type firework accidentally exploded while he was holding it.  The incident resulted in the amputation of the man’s right index finger.  The man was at a Hilo residence when the incident occurred at around 9:30 p.m. on New years Eve.  He was transported to the Hilo Medical Center for treatment.

Residents are reminded to properly extinguish fireworks before discarding them into trash containers by first submerging them in a bucket of water or thoroughly soaking them down with a garden hose. Unless you are absolutely sure discarded fireworks are completely extinguished, residents should always place their trash containers at least 30 feet away from any structure in the event that it catches fire. 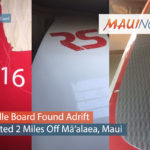 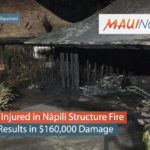