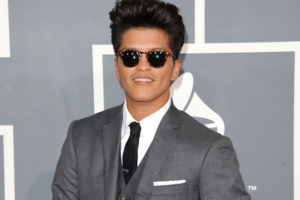 Bruno Mars was the big winner at the 2018 Grammy Awards on Sunday night, winning six awards and putting him alongside music’s greatest artists with the most wins in a single night. The Hawai‘i native took home all of the awards he was nominated for with his album “24K Magic.”

Mars is now tied with Adele, Beyoncé, Eric Clapton, Quincy Jones, Paul Simon and Roger Miller with six Grammys won in one night. Those seven artist follow behind Michael Jackson and Santana who claim the record of eight Grammys won in a single night.

Mars is now one of seven artists to win the three biggest Grammy Awards in a single night, which are Record of the Year, Album of the Year and Song of the Year. Adele is the only artist in Grammy history to accomplish this twice. Mars joins the list alongside the Dixie Chicks, Eric Clapton, Christopher Cross, Carole King and Paul Simon.

“24K Magic” is now ranked sixth for the most honored albums. Santana’s “Supernatural” and U2’s “How to Dismantle an Atomic Bomb” hold the record for most honored album having won nine awards. Norah Jones’ “Come Away with Me,” Ray Charles’ “Genius Loves Company,” and Michael Jackson’s “Thriller,” are all ranked third with eight awards. Mars’ “24K Magic” ties U2’s “All That You Can’t Leave Behind,” and Quincy Jones’ “Back on the Block,” with seven awards. 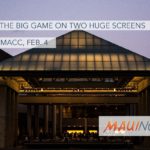 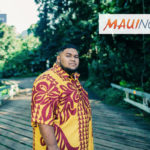