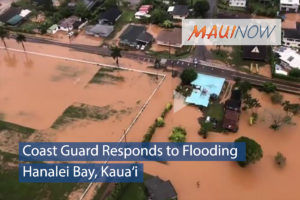 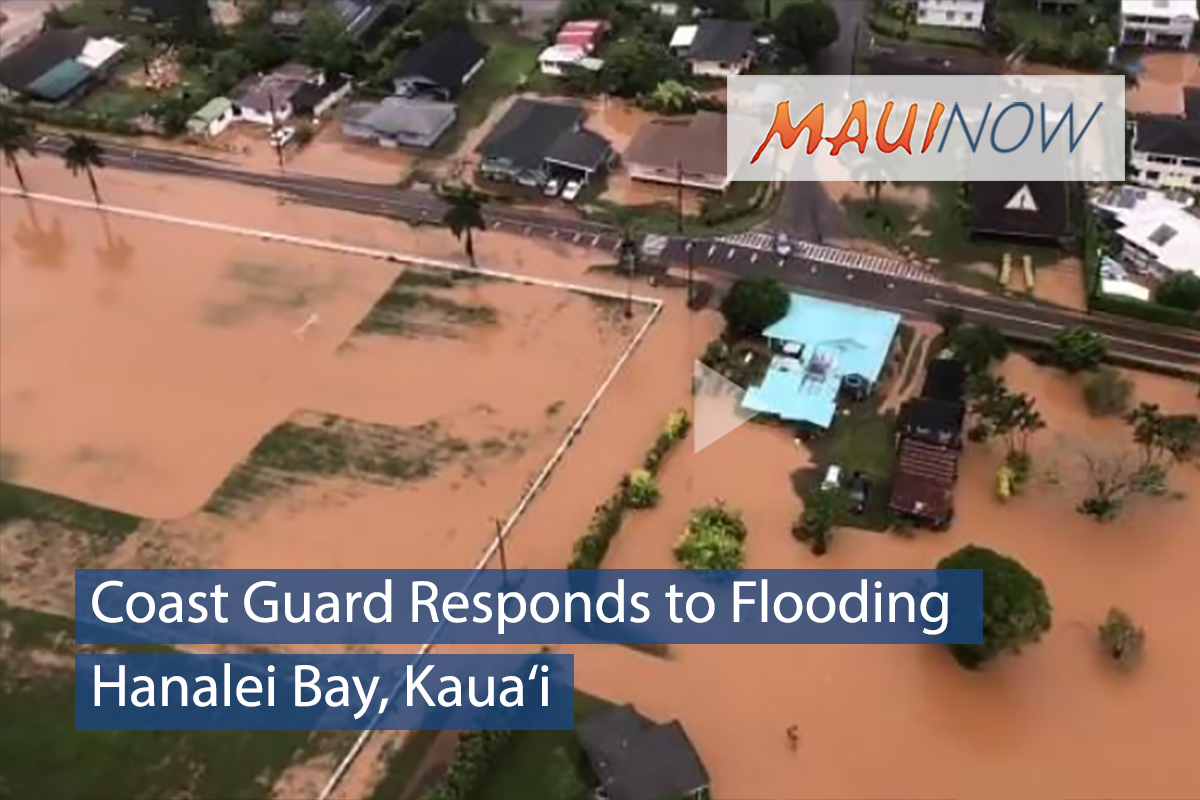 The Coast Guard assisted local authorities to rescue hikers in the vicinity of Hanalei Bay on Sunday, April 15, 2018, after the area sustained flooding and landslides due to heavy thunderstorms.

The north shore of Kauaʻi experienced flash flooding with waters rising between five and eight feet above average due to the severe thunderstorms and heavy rains, trapping many residents inside their homes and on rooftops.

Crews from the Hawaiʻi Fire Department and Ocean Safety and Lifeguard Services have been evacuating residents to higher ground via Jet Skis but were unable to effect rescues in the towns of Hanalei, Wainiha, and Haina.

The hikers waved down the helicopter after being stranded for two days due to the inclement weather. They were safely hoisted and transported in good condition to Princeville Airport.

At 11:30 a.m., while conducting aerial observations for the emergency operations center in Kauaʻi, a second Dolphin aircrew overheard a radio transmission on VHF Channel 16 from approximately 30 stranded hikers on Kalalau Beach. The aircrew located the hikers took their specific position and passed it to watchstanders at Coast Guard Sector Honolulu. SCC Honolulu is currently in communications with the hikers and monitoring the situation. The hikers currently have food and supplies and are not in need of an immediate rescue.

The governor has issued an emergency proclamation [1] declaring a disaster on Kauaʻi.

In the event of a flash flood, residents are strongly encouraged to seek higher ground immediately for safety.