MADD Hawaiʻi Kicks Off Annual “Tie One On For Safety” Campaign

The Mothers Against Drunk Driving (MADD) will hold their 29th annual “Tie One on For Safety” campaign kick-off event on Wednesday, Nov. 14 at Tamarind Park in Honolulu from noon to 1 p.m. The campaign is MADD’s signature public awareness program, where drivers across the country display MADD ribbons on their vehicles as a reminder to designate a non-drinking driver.

As Thanksgiving approaches, MADD Hawai’i is urging adults to plan ahead and designate a non-drinking driver, as drunk driving deaths typically spike over the holidays. Between Thanksgiving and New Year’s Eve in 2017, over a thousand people were killed in drunk driving crashes nationwide, according to the National Highway Traffic Safety Administration.

That same year, 42 people in Hawai’i were killed in alcohol-related traffic crashes, which made up 39 percent of the total traffic fatalities for that year, MADD Hawai’i said.

“We want everyone to be safe on the roads year-round and especially during the holiday season, a time when many celebrations include alcoholic beverages,” said Kathy Weldon, board chair for MADD Hawai’i. “Drunk driving crashes increase around this time of the year, the solution is simple: plan ahead for a non-drinking designated driver if you’re going to drink alcohol.”

“It’s important for DTRIC to support campaigns like MADD’s Tie One On For Safety as we all have a role to play in keeping our island roads safe,” said Michele Saito, CEO and President of DTRIC Insurance. “We encourage everyone to be good examples for their friends, family and colleagues. If you’re going out to celebrate, designate a non-drinking driver, take a cab or call a ride-sharing company. If you’re hosting a gathering, be sure to have non-alcoholic beverage options for your guests.”

The red ribbons also signify support for law enforcement officers and their national “Drive Sober or Get Pulled Over” campaign. MADD’s campaign supports these types of law enforcement efforts, as well as the use of ignition interlocks for arrested drunk drivers and research into technology that could prevent drunk driving.

More information about MADD and their campaign can be found online.  www.madd.org. 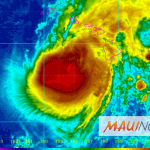 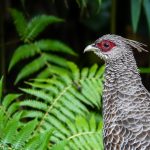