Attorney General Russell A. Suzuki joined a coalition of 20 state attorneys general urging the Trump Administration to abandon efforts to adopt a definition of “sex” that would exclude transgender and gender nonconforming individuals from the protections of federal civil rights laws.

Last month, it was reported that key officials in the US Department of Health and Human Services were considering adopting a definition of sex as an immutable binary biological trait determined by or before birth—and that the Department was urging other agencies, including the Department of Education, to do the same.

Such a restrictive definition would effectively exclude transgender and gender nonconforming individuals from the protections of critical federal civil rights laws, including Title IX and the nondiscrimination provisions of the Affordable Care Act.

In the letter to the US Secretary of Health and Human Services Alex Azar and US Secretary of Education Betsy DeVos, the attorneys general agree that “despite clear evidence of the serious harms that discrimination continues to inflict on the transgender community, the Administration seems intent not only on rolling back existing federal civil rights protections for this vulnerable population, but also denying transgender people even basic recognition.”

A copy of the letter is available here. 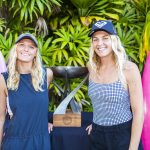 Beachwaver Maui Pro and Jaws Challenge at Pe‘ahi Called ON 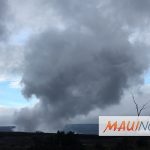