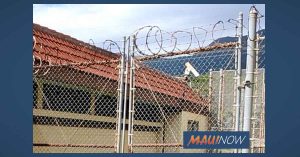 The US Senate passed sweeping legislation on Tuesday to improve the criminal justice system, including a bipartisan measure authored by US Senator Brian Schatz of Hawai‘i.

The Granting Release and Compassion Effectively or GRACE Act is aimed at improving the Bureau of Prisons’ approval process for compassionate release.

According to Schatz, 81 elderly, terminally ill people have died in federal prisons waiting for Compassionate Release approval over the last four years. Schatz said the bill will create clear guidelines in the approval process so that there’s more accountability in the system and the sick and elderly who qualify for compassionate release get it.

“Too many people who are eligible for compassionate release die in prison because the decision takes so long. And many others wait for months just to get a response. Clearly, the system is broken,” said Senator Schatz.

In a 2013 report, the Department of Justice’s Office of Inspector General reviewed the Bureau’s use of compassionate release.  According to Sen. Schatz, the report found that it did not have clear standards or a formal timeline standard when making its compassionate release decisions.

Senator Schatz led a bipartisan group of senators in calling on the Bureau to review and explain its plans to follow the Inspector General’s recommendations. On average, it reportedly takes the Bureau more than four months to approve compassionate release applications and nearly six and a half months for denials.

Authorized under the Sentencing Reform Act of 1984, which also eliminated parole for federal prisoners, compassionate release gives people incarcerated in federal prisons an opportunity to appeal for early release for “extraordinary and compelling” reasons, including advanced age and terminal illness.

Under the GRACE Act the following would take place:

According to information provided by Sen. Schatz, federal prisons house an increasingly large number of aging individuals who often have serious medical conditions, making medical care one of the biggest expenses of the federal prison system. The elderly are now the fastest growing population in federal prisons and are expected to represent 28% of the total population by 2019. Incarceration costs for the elderly and terminally ill in prisons are substantially greater than for the general population, according to Sen. Schatz.

“There is no public safety benefit to keeping very sick and elderly individuals locked up in federal prison. We should not waste finite anti-crime resources on those who pose the least risk of re-offending. We thank Senator Schatz for his leadership,” said Kevin Ring, president of FAMM.

“We have heard horror stories about the existing compassionate release process and applaud the inclusion of the GRACE Act in the final text of the First Step Act. Advocates who know the first-hand experiences of people in prison and their family members truly understand how transformative this provision is. We are deeply appreciative of Senator Schatz’s relentless commitment to addressing the many broken aspects of our criminal justice system and improving the lives of people entrapped in it,” said Jessica Jackson, co-founder of #cut50.

The GRACE Act has been endorsed by FAMM, the Human Rights Watch, and the Drug Policy Alliance. The bill now heads to the House of Representatives, where it is expected to pass, and then goes to President Trump, who has said he plans on signing it into law.