Detection of Ceratocystis lukuohia, the more virulent of the two fungal pathogens causing Rapid ʻŌhi‘a Death or ROD, has now been confirmed in three trees on a Department of Hawaiian Home lands parcel behind Kalalea Mountain on the east side of Kaua‘i.

This first detection of C. luku-ohia on Kauai comes after the other pathogen resulting in ROD, Ceratocystis huliohia, was detected on Kauai in three distinct locations this past year. Both species are new to science.

Researchers note the critical role ʻōhiʻa play in the ecosystem function and say the priority is to treat outbreaks and prevent the fungus from entering pristine watershed areas.

Hundreds of thousands of trees have died due to ROD on Hawai‘i Island, more than 90 percent due to the more virulent of the two fungal pathogens.

“These three trees that tested positive for C. lukuohia were spotted by our rapid response team as they were conducting botanical surveys across the island,” said Sheri S. Mann, Kaua‘i District Manager for the DLNR Division of Forestry and Wildlife. “Later, a team trekked by foot to visually inspect and take samples from the tree.”

ʻŌhi‘a die for many reasons, although symptoms consistent with ROD include the sudden browning of leaves on limbs or the entire crowns of trees. The fungus is not visible on the leaves or the bark but grows in the sapwood just below the bark. The three trees that were sampled earlier this month stood out in a forest of green, because the entirety of the trees leaves had browned.

Samples were then sent to the USDA Agricultural Research Service in Hilo for the necessary laboratory testing that confirmed C. lukuohia in all three trees.

“This is obviously news we didn’t want to hear,” Mann said. “But within a day of learning the news, we scheduled a helicopter to conduct more digital mobile sketch mapping to identify any additional symptomatic trees. We followed that with pinpoint drone surveys conducted by the UH Hilo Department of Geography SDAV Lab and more tree sampling to try and determine the severity and distribution of the outbreak. It’s been a busy week.”

The difference between the two pathogens is how they move through the tree and how quickly they kill.

“The pathogen enters the tree through a wound; be it a broken limb, twig or, perhaps, a scuffed up exposed root. Whereas C. huliohia may take months to years to kill an ʻōhiʻatree, C. lukuohia can kill a tree within weeks,” said James B. Friday, the extension forester with the University of Hawaii.

The Kaua‘i ROD Working Group does not know exactly when or how the disease arrived on Kaua‘i-whether it was the result of human activity or on its own, e.g. via the wind.

Once additional lab results and drone imagery are available, the rapid response team will consult with the ROD science team to determine what management actions should be taken.

“Our priority is to save ʻōhiʻa. It has a critical role in the ecosystem’s function,” said Tiffani Keanini, project manager of Kaua‘i Invasive Species Committee. “We are currently determining the best method to contain the spread and prevent ROD from entering pristine watershed areas. At this point, we are treating the recent outbreak with rapid response actions.  As we learn more about the distribution and density of the affected area, we will likely adapt our management strategy efforts.”

The C. lukuohia detection site is located in a remote area at 550-foot elevation. This forest location is comprised of a mix of native trees and plants like ʻōhi‘a, koa, hala, and uluhe that are being crowded out by non-natives such as albizia, java plum, strawberry guava, and octopus trees. Unfortunately, any loss of a native tree will give rise to the faster-growing invasives unless aggressive native tree plantings take place.

“The Department of Hawaiian home lands supports the DLNR efforts to save the ʻōhiʻa on Kaua’i and we thank their team for their swift action to date. We will continue to monitor the situation and do all we can to assist. We encourage our beneficiaries and the public to follow the distributed guidelines to prevent more trees from becoming infected,” said Jobie Masagatani, Chairman of the Hawaiian Homes Commission.

As there is no known cure to ROD, prevention is the key to ensuring it doesn’t spread and both Kama‘aina and visitors can help by following these key five guidelines: 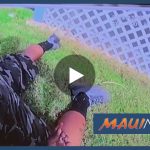 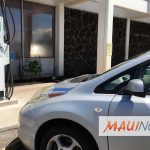